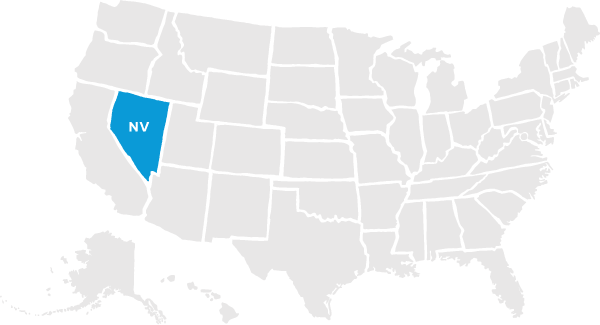 How Much Will Your Mortgage Be in Nevada?

Nevada is a large state situated in the western U.S. It shares borders with California, Oregon, Idaho, Arizona, and Utah. Despite its size, it is ranked the 32nd most-populous and ninth least-densely populated state in the U.S. with three quarters of the population dwelling in Clark County where Las Vegas is located.

Nevada, commonly referred to as the Silver State, is one of the most expensive states for home ownership in the country. The median homeowner spends 21% of their income on their home.

Factors That Can Affect Your Nevada Mortgage Calculations

Nevada has a population of approximately 3 million people with most dwelling in the surrounding areas of Las Vegas.

Homes in Nevada have a median list price of $324,000 and an average sale price of $299,100 based on information gathered in March 2020. The market has been relatively cool with home values rising only 2.3% over the past year.

The most populous city in Nevada is Las Vegas, located in the south of the state near the borders of California and Arizona. Median prices in Las Vegas are listed at $300,000 with an average sale price of $284,700. Home values have only risen 1.8% over the past year in Las Vegas.

Despite Nevada being one of the most expensive states for homeownership in the country, property tax rates are some of the lowest. The effective property tax rate is 0.69%, far below the national average of 1.08%. Property taxes pay for schools, roads and police, and homeowners are protected by laws against steep bill increases. Annual increases cannot exceed more than 3%.

Nevada’s economy is mainly centered around tourism, specifically entertainment and gambling with Las Vegas bringing in a great deal of wealth. The state is also known for mining and cattle ranching.

A perk to living in Nevada is that the state has no income tax. The state sales tax is also low at 4.6% with local governments able to collect a local sales tax of 3.55%, averaging out to a combined rate of approximately 7.952%.

Other Nevada Costs That Can Affect Nevada Mortgage Calculations

Homeowner’s insurance in Nevada is on par with national averages regarding annual premiums. The average homeowner pays $1,047 and this figure is relatively consistent throughout the state. As Nevada is one of the driest states in the U.S., wildfires are the main threat to homes in the state. Typical insurance policies cover against fires but may not cover if the home is completely destroyed. They may also not cover wildfires if the area is prone to them. In this case, a separate policy may need to be purchased.

Title insurance protects the owner and the mortgage lender against any unforeseeable disputes that could arise regarding the title of the property. These may be discrepancies discovered in the public records. Your lender will usually require a policy that equals the amount of the loan.

Home inspections are usually required by the mortgage lender to ensure the property is structurally sound prior to purchase. Inspection costs will ultimately depend on the location and square footage of the home, but potential buyers can expect to pay between $200 to $500.

A typical inspection will assess the foundation, roofs, basements, plumbing, heating and cooling systems, and electrical aspects of the home. For an additional cost, tests for mold, radon or termite can be carried out.