Rates should be at the top of everyone’s mind.  The 10yr Treasury is pushing up against 3.03% which is a key level of resistance. 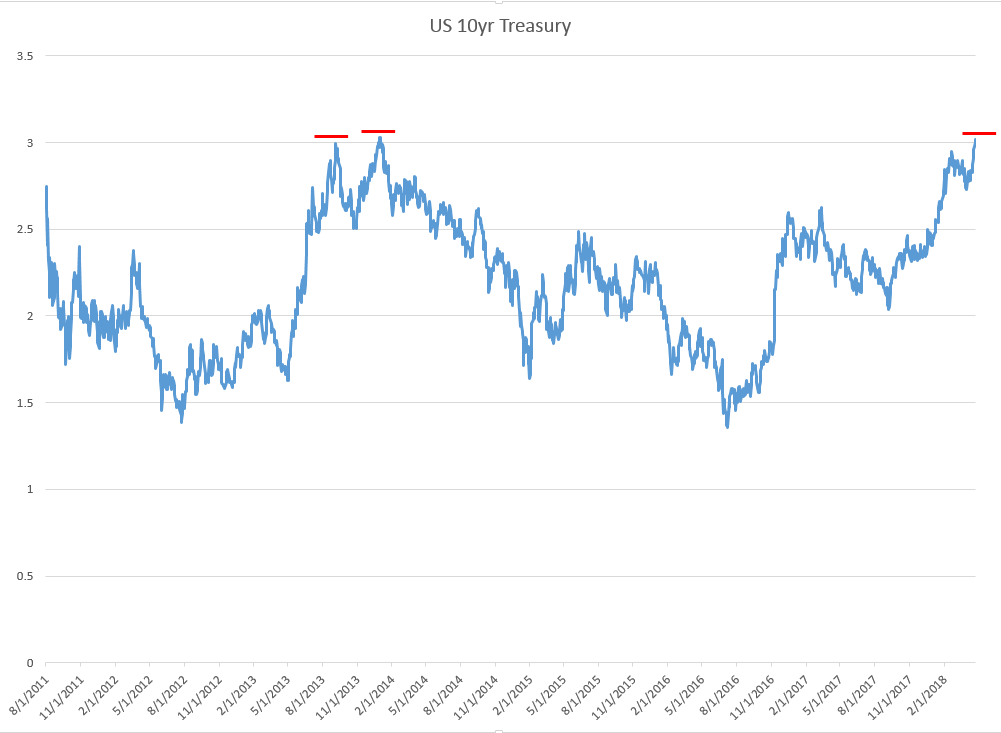 The upward pressure in rates is coming from the general belief that rates will continue to rise thanks to the tax overhaul, an unemployment rate below 4% and leading indicators on inflation showing it will likely continue to climb.

The thing that is keeping rates down is concerns over valuations in the stock market as well as the rising demand of US debt at a 3% yield.

The Federal Reserve is still on track to raise rates two more times this year but the market is pricing in a 49% chance of three more hikes in 2018.  The market believes the Fed is going to be more active in fighting future inflation with more rates changes this year.  If the Fed acknowledges they may need to raise rates faster, then the 10yr will rise well above 3%.  However if the Fed sticks with a total of three rates increases for all of 2018, then it should help keep the 10yr at or below 3%.

If you would like a more in-depth analysis, please visit our blog.  Thanks for watching and have a great day.