Hello everyone and welcome to our annual year in review episode of Mortgage Rundown.  Today I’m going to summarize 2019, which was a year for the record books.  The year went from one of the expectations of potentially higher rates to one with near record-low interest rates.

The year began with the 10yr trading at 2.7% and the odds the Fed raised interest rates at some point in 2019 were starting to shrink.   The shape of the yield curve began to show some inversion and volatility was extremely low.  This was the first time the market indicated that growth in the US could be somewhat challenged.  By the end of the first quarter, the chances the Fed raised rates dropped to zero and the FOMC decided to stop unwinding the balance sheet, which is the equivalent of dropping rates. 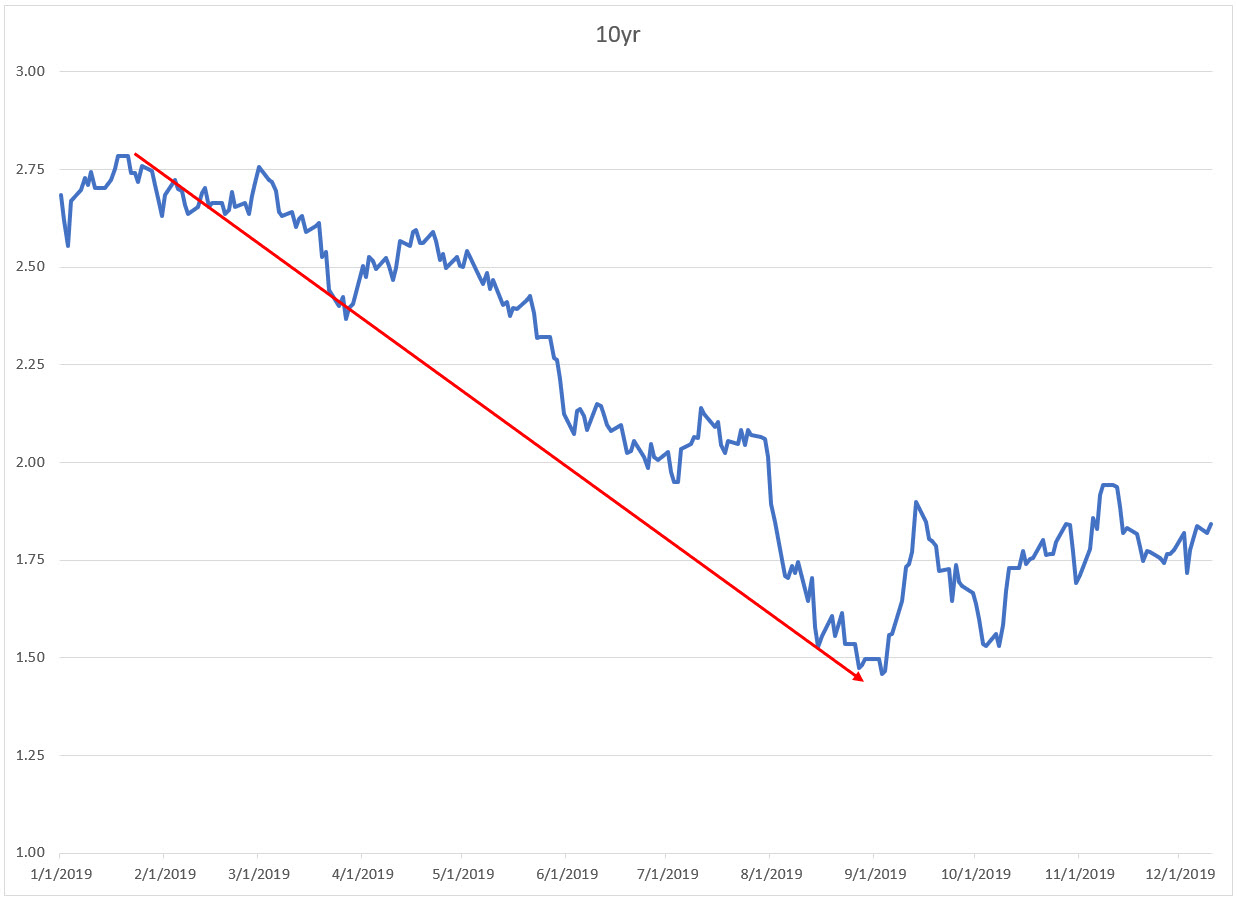 By the start of the second quarter, there was a 69% the FOMC would actually lower rates in 2019 as the trade war continued to take center stage and a growing belief the impact on the US economy would be material.  The 10yr was down to around 2.40% in May right after oil prices had hit their peak.  Economic data continued to be strong along with a very strong stock market.  However, the Treasury curve had inverted and showed very strong recessionary signals which pushed the 10yr all the way down to 2.02% by the end of June.

The third quarter saw more of the same with an inverted yield curve and now a Federal Reserve willing to act when they dropped rates on the last day of July by 25bps.  The confirmation of a weakening economy by the Fed and their first interest rate drop since the Great Recession pushed the 10yr down to 1.45% at the beginning of September.   The Fed once again dropped rates at the next meeting in September which was warranted to stave off recessionary fears and help restore some positive shape to the yield curve.

Moving into the fourth quarter the Fed dropped rates again for the third meeting in a row to help battle recessionary concerns and a trade war that has not changed course.  As it turns out the moves by the Fed did restore confidence in the economy and the yield curve returned to its normal shape.  Right now the 10yr is trading around 1.85% and the expectation for 2020 is for rates to hold their position somewhere around these levels.  The odds of a Fed hike in 2020 currently sits at 0% while the odds of an interest rate cut are only 62% for the entire year.

That's it everyone from the capital markets desk for 2019.  I hope you all have a great rest of 2019 and a wonderful holiday season.