Where are Interest Rates Headed in 2020?

Happy New Year and welcome back to the Mortgage Rundown. Today we are going to talk about what's happening in the capital markets.

After an exciting 2019 and watching interest rates drop 125bps from high to low, the end of 2019 and the beginning of 2020 has rates holding relatively flat. Looking at the chart on your screen, the 10yr is currently at 1.85%, which is close to the middle of the range since the beginning of November. 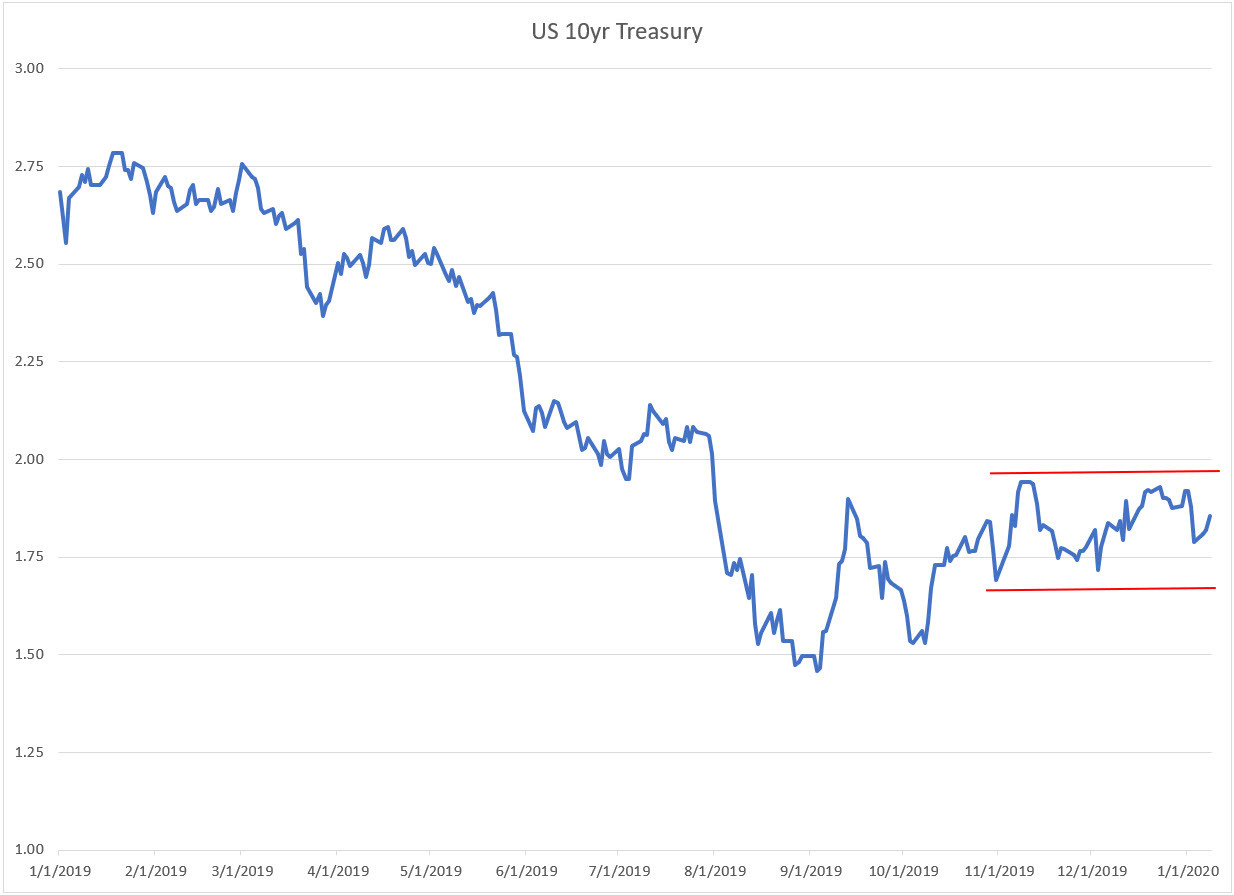 Economic data continues to be strong and the resilience of the US economy in the face of an ongoing trade war is a reality the market has acknowledged.  Despite calls over the past several months of an upcoming recession, there is still no evidence of an economic slowdown in the US.

In fact, up through the end of 2019, the market was pricing in a 0% chance the Fed would actually raise rates in 2020, but if you look at the futures contracts this morning there is now a 10% probability that they raise rates in January. Now a 10% chance is very unlikely but it makes the point that the economy is on more solid footing than previously thought.

The probability of a rate cut this month on January 29th is at 0% and the chance they cut rates at all in 2020 is only 60%. That means the market is pricing in a 35% chance the Fed doesn’t do anything at all in 2020. In the past, we've come into the new year with the usual certainty that the Fed would either cut rates or raise rates for that calendar year. So I would expect 2020 to be a year of uncertainty.

All of this uncertainty is usually paired with interest rate volatility. As of right now, volatility is very low and rates are trading within a tight range. As the year takes more shape we could see interest rates start moving in a certain direction and it's a big unknown if that is higher or lower; we will have to continue to watch this unfold.