The current trend of lower interest rates continues with the 10yr down to 1.45%.  The all-time low was 1.36% in 2016 and based upon the current path of the market, it’s very possible we reach that level or even lower. 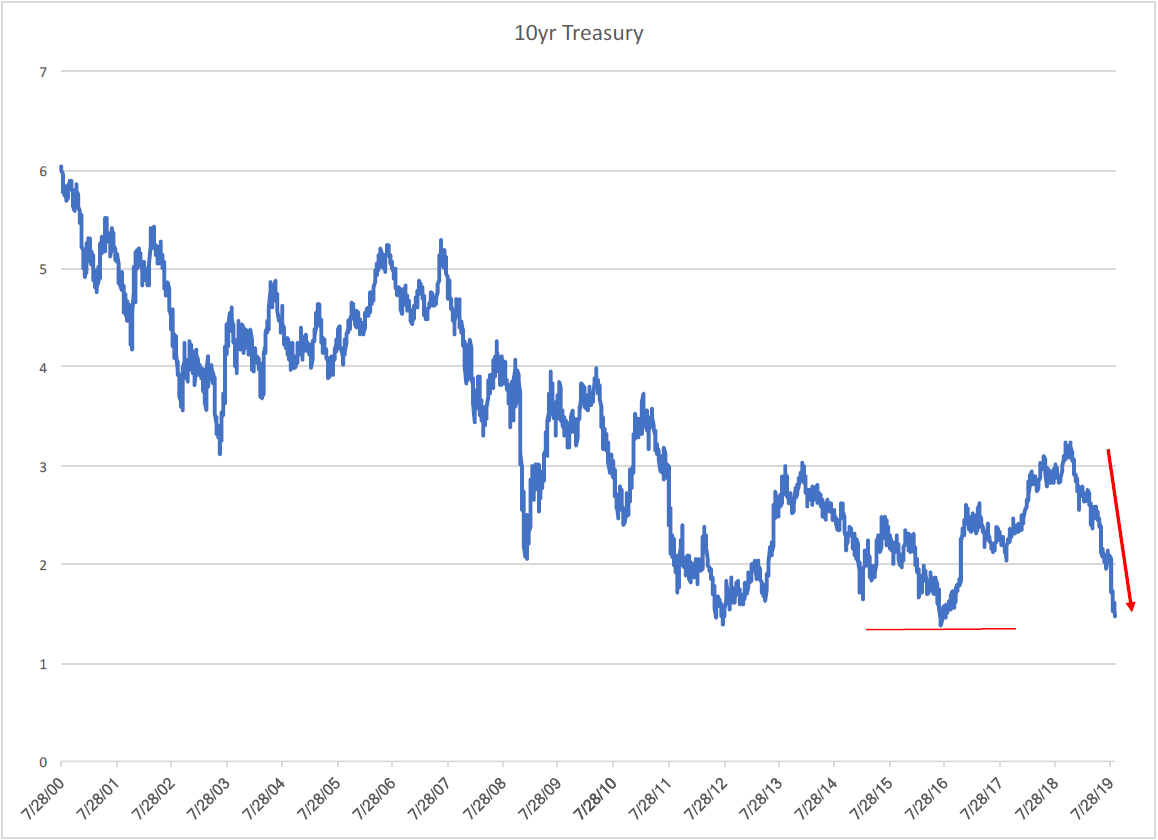 The recessionary fears both within the US and around the globe have taken afoot and investors are clamoring for yield.  With US Treasuries offering some of the best yields around the world, interest rates in America continue to drop.  France, Germany, Sweden, Netherlands, Switzerland, and Japan are all at negative yields so a US 10yr yield of near 1.5% looks very attractive.

The trade dispute with China continues to drag on and has helped push yields lower and lower.  Despite the recessionary fears, the stock market is holding relatively stable thanks to still a very strong economy and low unemployment.

With interest rates continuing to drop, it begs the question of, does the Federal Reserve needs to lower rates at this point?  This is very controversial and will be decided at the next FOMC meeting on September 18th.  There are two schools of thought.  On the one hand, you have economists saying that a lower benchmark rate will do nothing to stimulate economic growth and the current level of interest rates are already accomplishing that mission.  Inflation is moderate, unemployment is low and rates are near the all-time low.  On the other hand, you have traders saying that the Fed needs to react to a very timid market very concerned about the possibility of an upcoming recession and all-out trade war.

So what will the Fed do?  The market has priced in a 100% probability that the Fed will lower rates at the next meeting.  Rarely is the market wrong but perhaps in this next meeting, we will see whether or not the Fed sticks with their mission or caves to the market.