Welcome back to the Mortgage Rundown. Today we are going to talk about what's happening in the capital markets.

2020 is off to a fast start with interest rates dropping the entire month of January. The 10yr Treasury dropped from 1.88% at year-end to 1.50% by the end of last month. Currently, we are hovering right around 1.65% as the market adjusts to a new range.

With stock prices that have been climbing very steadily since the end of 2018, we have now entered a phase where there is concern that this run likely can’t continue. That's pushed more and more investors out of commodities like oil and into the security of bonds.

Take a look at the graph on your screen which shows the 10yr Treasury yield in blue compared to the price of oil in orange. As you can see, since the end of last year both have moved considerably lower and in tandem. Typically when they both move lower in tandem it’s a signal that the market is concerned about future growth. 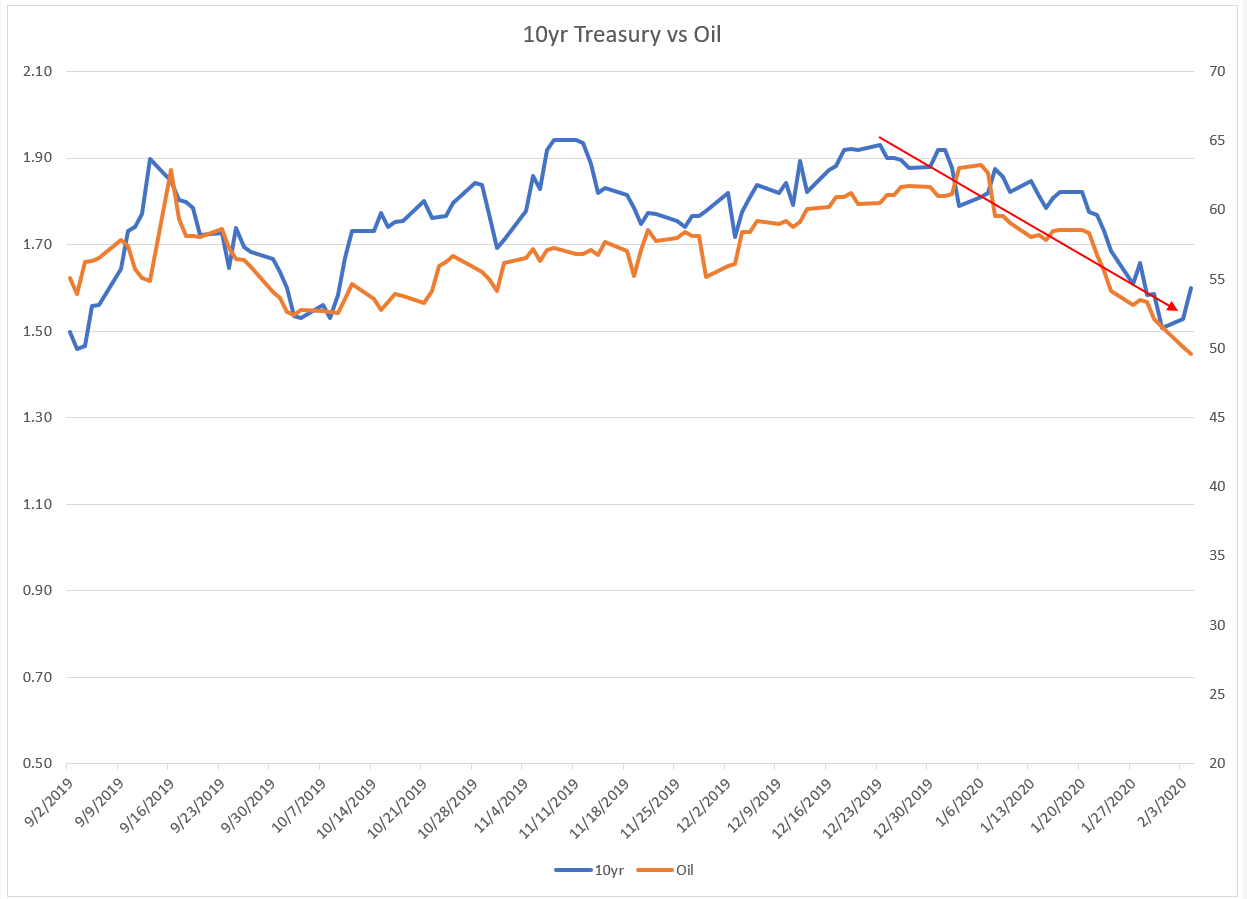 The only thing keeping interest rates from falling further is the strength of the US economy. GDP, earnings, and employment are all very strong. However, if there is a hiccup in growth or at least the risk to growth then we could see rates fall further.  The other unknowns are the upcoming election as well as the current coronavirus outbreak.

In terms of the election, it's not the potential results of the Presidential election, right now it’s about the Democratic frontrunner and how he or she will be perceived by the market; are they considered to be more pro-capitalism or pro-socialist?

Also, we have the threat of the coronavirus, which as of right now is not contained.  It’s too soon to tell the damage to China's economy but in terms of the election and the virus, it's about this theme of "risk to growth".

If there is perceived risk then it will likely push interest rates lower and if the threat seems to subside then rates will move higher.  The market as of today has a lot of that risk to growth priced in and now we see an 84% chance that the FOMC lowers rates in 2020 with zero percent change they actually raise rates.