No News is Good News for Interest Rates

Since our last update, there has been very little movement in the market, specifically interest rates.  The 10yr currently sits just under 2.70% and as of right now volatility has been very low.  In fact, the shape of the yield curve has barely moved for the past 3 months.  It has been some of the lowest volatility we’ve seen since 2006. 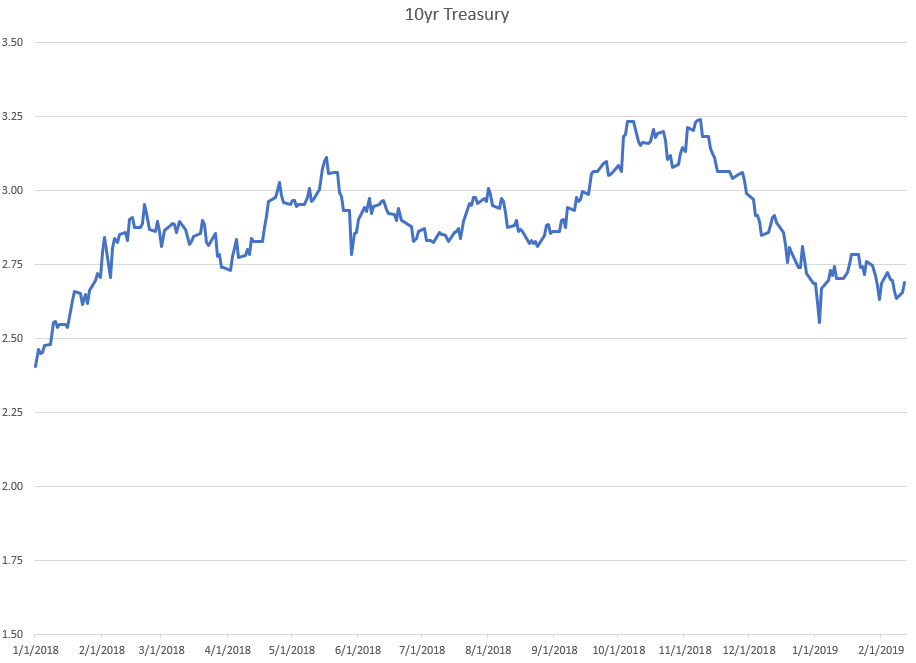 If you’ve been watching interest rates, you may have noticed that the yield curve is inverted on the short end.  That is to say that the 2yr Treasury rate is actually higher than both the 3yr and 5yr Treasuries. 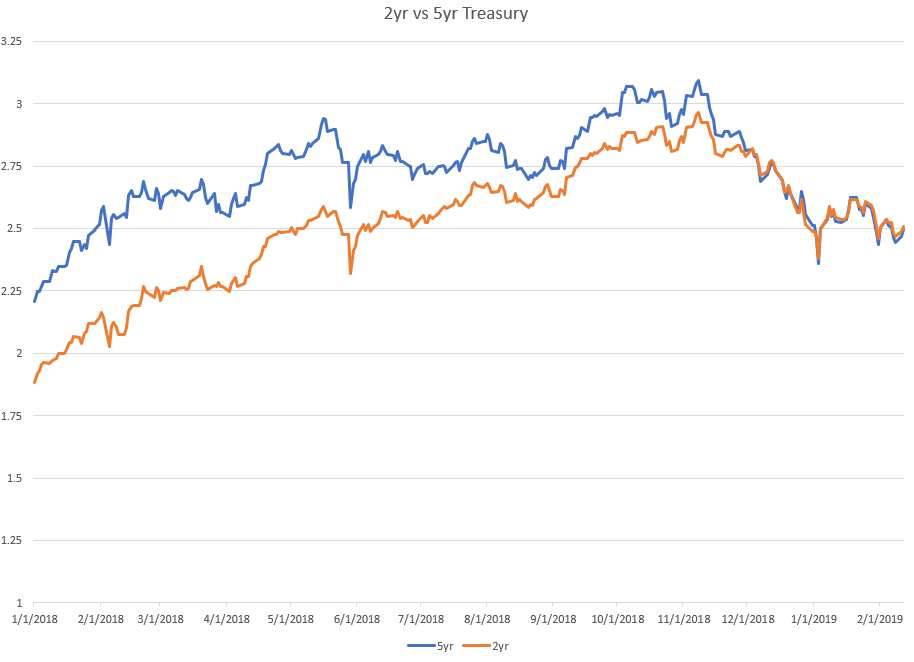 It is quite remarkable that the spread between the 2yr and 5yr has been upside down for over a month straight and there has been very little interest rate volatility.  Usually, an inversion in the yield curve is a recessionary signal and is often followed by market volatility.  But that isn’t happening right now and there is a growing belief that perhaps the Fed stopped raising interest rates just in time.

Basically, the Fed raised interest rates just enough to flatten the yield curve but not too much to cause it to invert.  And looking at futures contracts confirms that the Fed is only 3.5% likely to raise rates in 2019 and has a 12.5% probability of lowering interest rates this year.

There is also a growing belief among economists and money managers that a recession could be looming near the end of 2020.

If you add all of that up, it looks like rates are likely to stay relatively low for 2019.  That’s not to say there won’t be a pickup in volatility but the big picture is lower rates overall.