No doubt by now you've noticed all the volatility in the market. Stocks haven’t gotten crushed and interest rates have dropped very quickly.

The S&P500 went from over 2,900 in October to as low as 2,630 in November and all the way down to 2350 in December. That’s about a 20% drop for an economy that is very strong and record low unemployment. Even though the S&P500 is recovering and now up to 2,575, you need to ask yourself why all of this happened suddenly and what does it mean for the market moving forward? 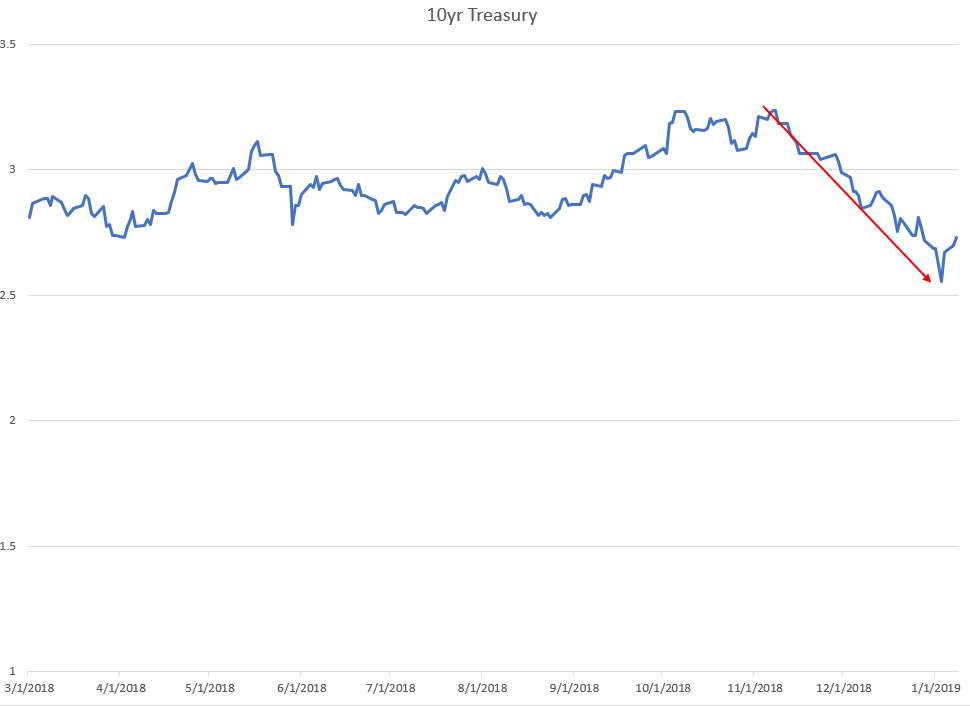 First off let’s take a step back and appreciate the bull market of the past 9.5 years. The S&P index quadrupled from March of 2009 to October of last year. It's quite an incredible run with only a few speedbumps and no recession. Low-interest rates have driven our economy and with it, stock prices higher and higher for almost a decade.

With the Federal Reserve raising interest rates three times in 2017 and four times in 2018, we now have the market somewhat concerned about the ability of our economy to keep growing and growing. Can the economy continue to move higher in the face of higher interest rates?

It’s these types of questions that started to weigh on the market in the fourth quarter of 2018 and are still lingering today. Tech valuations are certainly a concern with Facebook and Apple getting a lot of publicity. And outside of tech, the ongoing trade disputes with China are affecting several other sectors as well.

The Federal Reserve did come out and try to assure the market that they will take any necessary steps to avoid a recession. The odds of interest rate hikes in 2019 plummeted. The odds of an interest rate rise for the entire year are now down to 25%. In fact, the market is pricing in a 10% probability that the Fed cuts rates in 2019. Just as recent as October, the market was pricing in a 90% chance of an increase this year and a 0% chance of a drop in the benchmark rate.