Today we are going to talk about what's happening in the capital markets.

The FOMC meeting came and went last week with little change in the Fed’s stance of 3-4 interest rate increases for 2018.  If anything the Fed was slightly more dovish in their tone when they stated it's possible they could slightly overshoot their inflation target of 2%.  The translation of that means that perhaps there will only be three interest rate increases this year.

Speaking of inflation, all indications suggest inflation is starting to rise rapidly and the chart on your screen shows the Fed's preferred inflation measurement PCE. 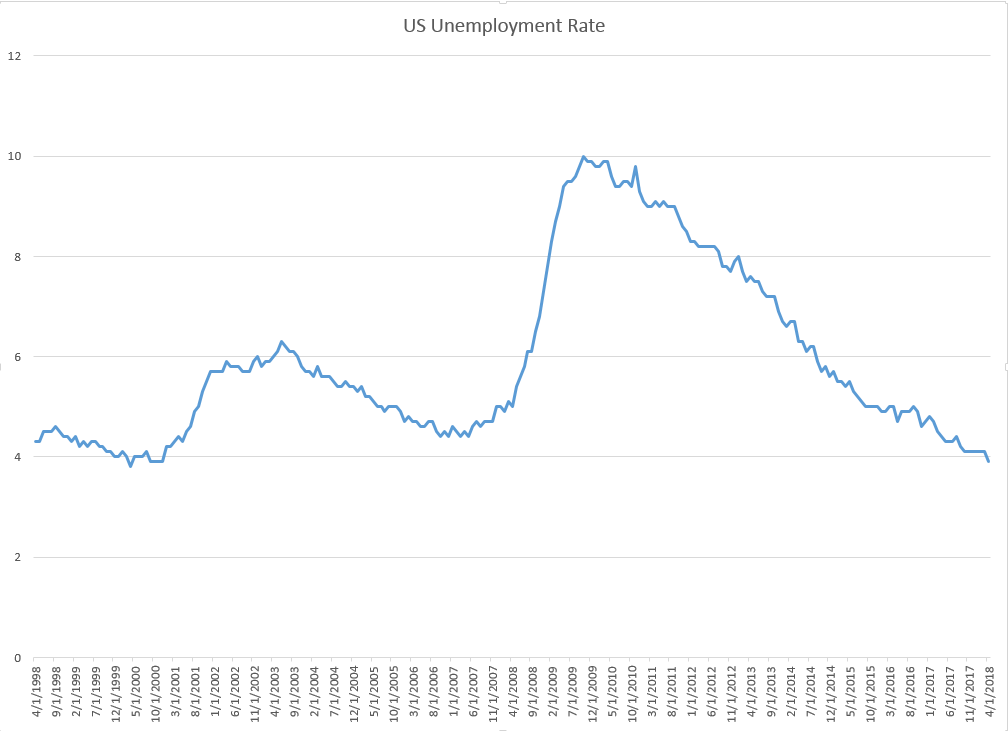 You will notice that it’s quickly rising towards 2%, which is what has caused rates to continue to rise over the past several months.

The general consensus is that the Fed will raise rates in June and September with no increase in the 4th quarter.

On the economic data front, the payroll report came out last week with the Unemployment rate at 3.9%, well below the Fed's target.  The graph on your screen shows the UE rate over the past 20 years and as you can see it’s near the low of 3.8% reached back in 2000.

With rising inflation and a low unemployment rate, how long can the 10yr remain below 3.03%?