Interest Rates Drop: What Does It Mean?

No doubt by now you've noticed that interest rates continue to drop.  The recent move by the Federal Reserve last week, as well as the new tariffs on Chinese goods, have pushed the 10yr down to as low as 1.71%.  That is 150bps lower than where it traded in November. 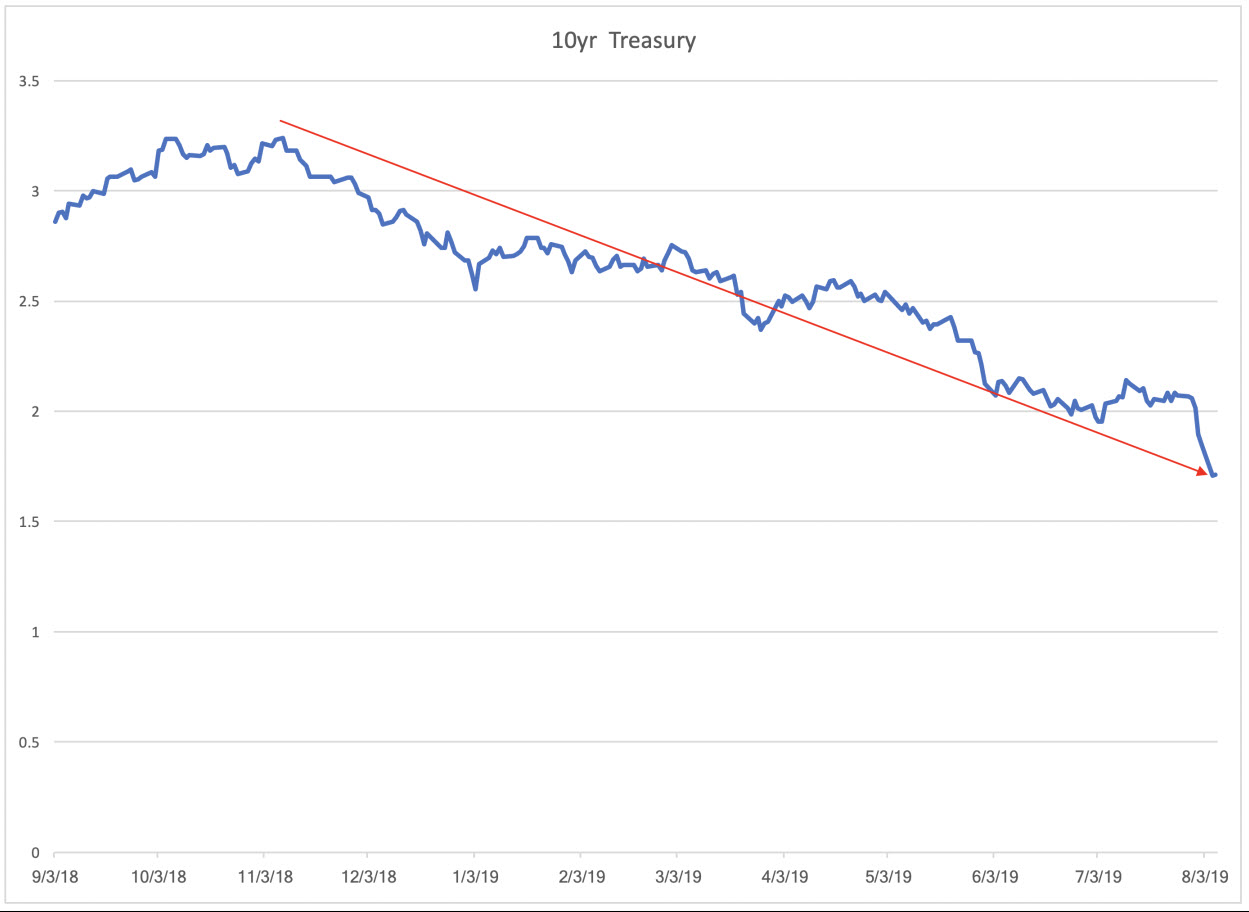 As I mentioned the Federal Reserve met last week and lowered the benchmark rate 25bps and now is in the range of 2.0 to 2.25%.  If you are following the yield curve, you have likely noticed it continues to invert as the 3-month T-Bill now trades at a higher rate than the 10yr Treasury by 31bps.  The last time this happened was in mid-2007 right before the Fed lowered their overnight rate from 5.25 all the way to 0% by 2009 during the height of the great recession.  That's not to say there is a coming recession but the treasury curve is sending a warning to the market. 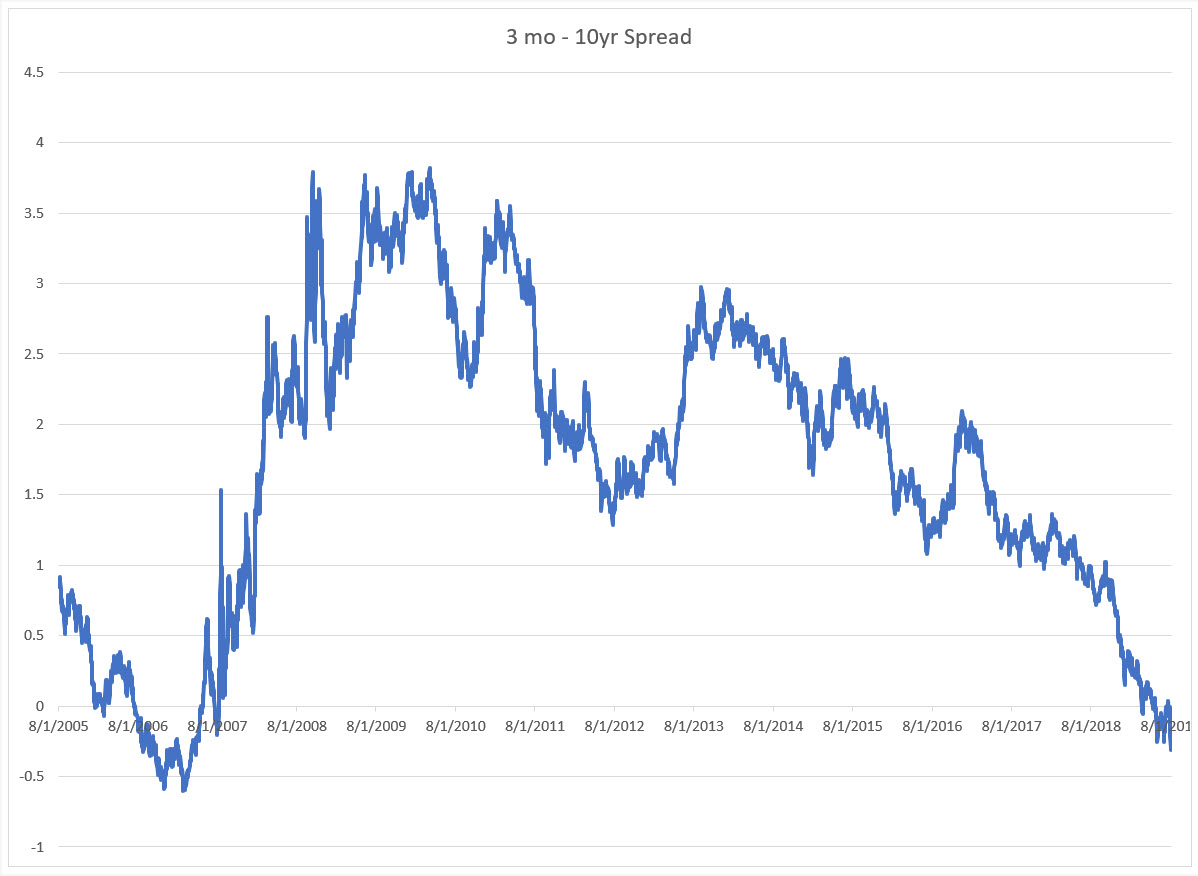 Even though the economy is moving along at 2-2.5% growth, inflation is well contained and employment is very strong, the fear that growth will not be sustained continues to weigh on the market.  If trade tensions subside then we could see the 10yr move back closer to 2%.  However, if the trade war continues to escalate then the 10yr could push new all-time lows and the stock market will certainly suffer.

Even though a 1.7% 10 year might sound extremely low.  It's actually quite high when you consider the fact that Canada is at 1.2%, the UK at 0.5%, Spain at 0.2% and France, Germany, Sweden, the Netherlands, Switzerland, and Japan are all negative.

That's it everyone from the capital markets desk this week.   Thank you all for watching and have a great day and we'll see you next time.