How Low Can Interest Rates Go?

In the last update, we talked about the 10yr trading in the range between 1.55 and 1.85%.   Globally there is pressure on rates to move lower but the economy within the US is still quite strong.

Today the 10yr is well within this new range, trading right around 1.75% with the same risks still in place today.   The trade war is still ongoing, the economy is strong but showing some small weakness and inflation is well contained.  Not to mention the market’s perception that a recession is in the near future.

So where do we go from here?  If you have been following the market you’ve probably noticed the 10yr chart looks more like a bouncing ball over the past few months and it’s difficult to say whether we will  break this range anytime soon, either to the upside or the downside. 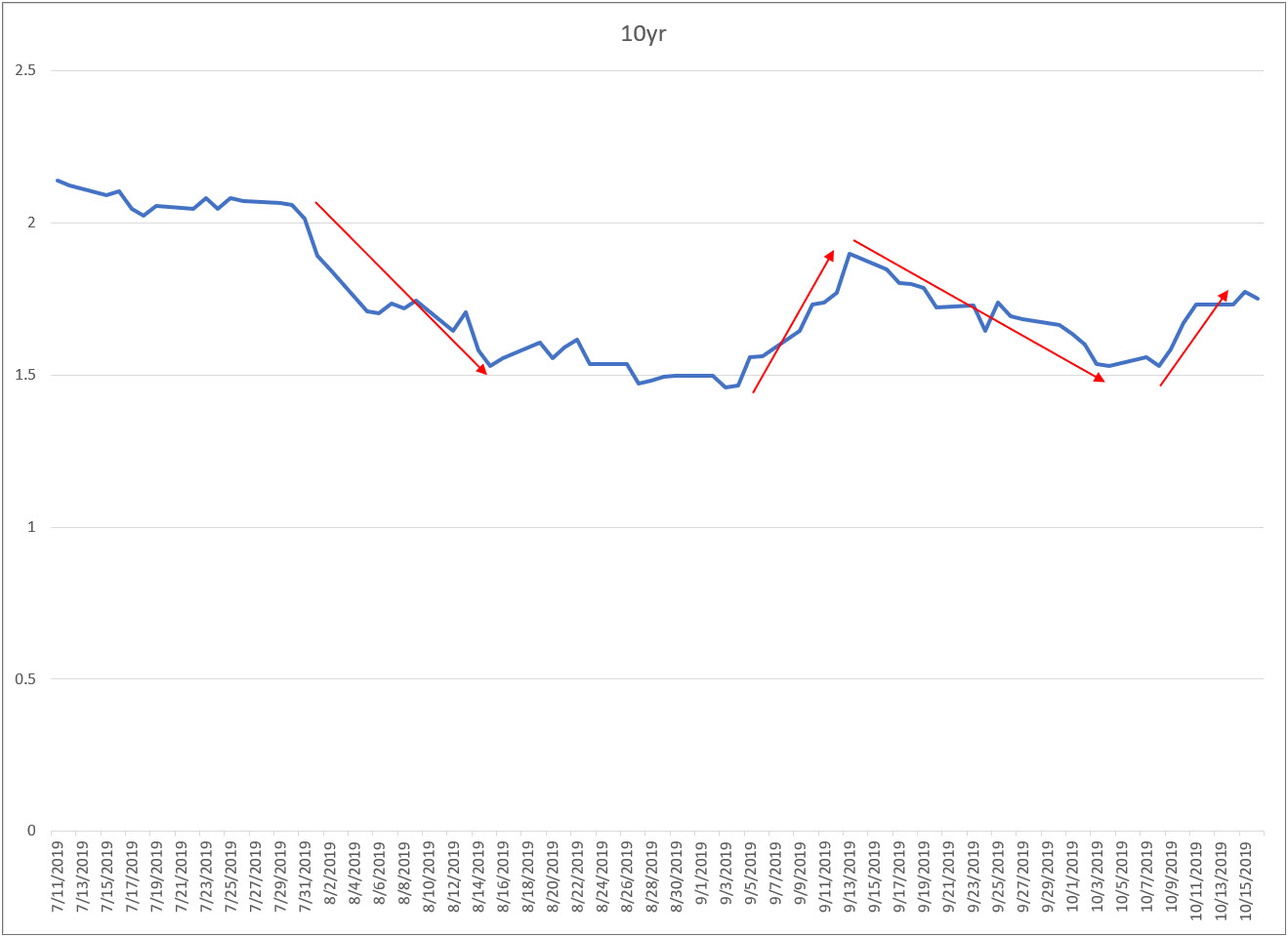 If we are to break to the upside and the 10yr trades over 1.85% then perhaps this recent trend of lower rates has been overplayed.  That scenario would likely be a result of strong economic data, continued strong employment figures and a resolution to the trade conflict with China.

However given the risks of slower growth, lower inflation, the beginning of the election cycle and political campaigns, a continued trade war, possible disruptions in the oil market then it’s pretty clear the greater risk is that rates continue to drop.

There are no guarantees and the market is always subject to headline risk but the trend to lower rates may continue through the end of 2019.