After the Hysteria: What’s Up with Interest Rates?

We are about a month past all of the hysteria over negative rates and interest rates are starting to find a range.  The 10yr Treasury is currently at 1.70% and I would expect the range to be somewhere between 1.55 and 1.85%.   Fears of a recession will continue to keep rates low, but a more hawkish Fed will keep rates from dropping too low.

We don’t have another FOMC meeting until the end of October so expect rates to hold in this range barring any major news event.  There are a lot of risks to the level of rates out there such as the trade war, oil prices and the Iran situation, talk of impeachment and not to mention the economy and inflation.

Speaking of inflation, core PCE which is the Fed’s preferred inflation measurement is still looking quite strong.  Both the 12-month rolling rate and the most recent monthly rate indicate deflation is not a risk at all.  A stable rate of inflation will definitely keep rates above the lows we saw last month. 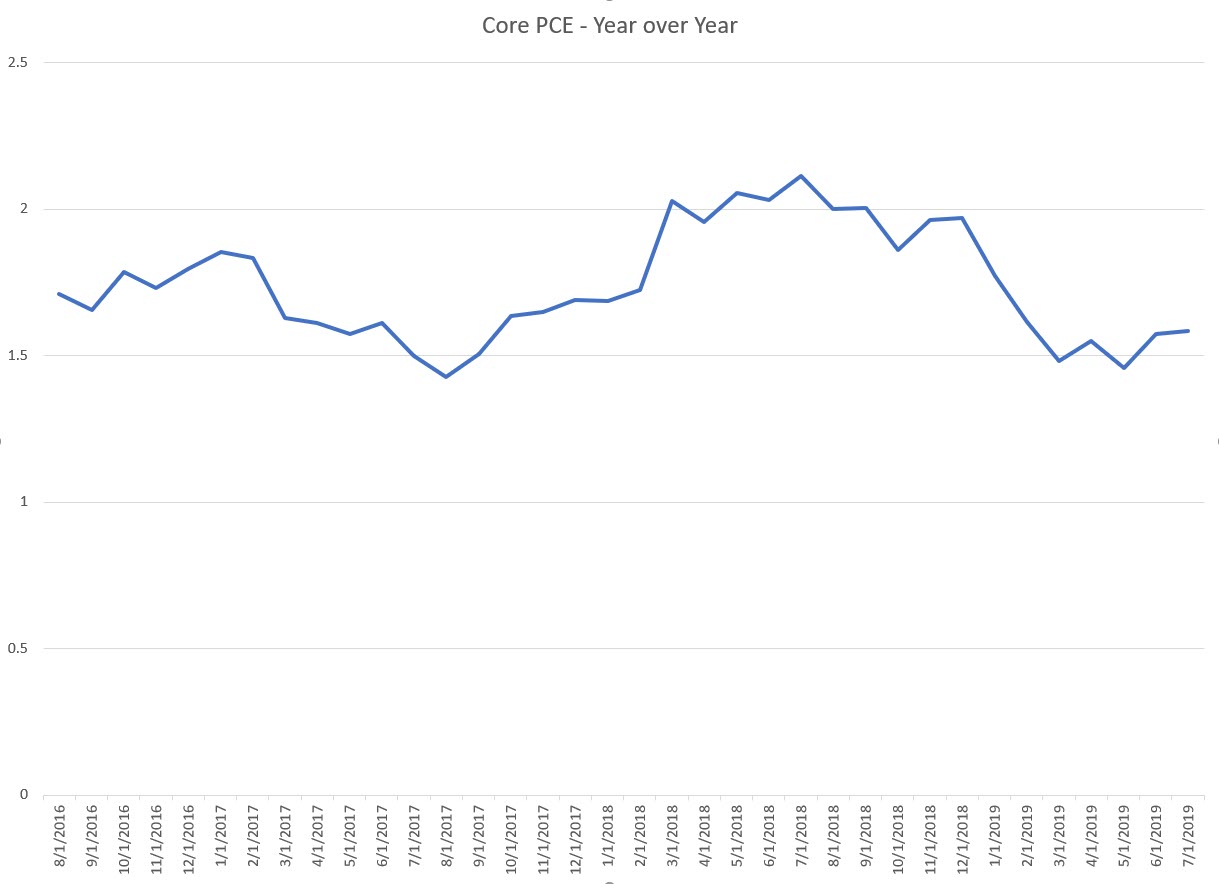 Now, what about oil prices?  To get some perspective take a look at the chart on your screen.  As you can see the price of oil dropped dramatically since mid to late 2018 and it’s in a bear market.  However, due to concerns oversupply and the tensions in the middle east, the price has started to rise.  Let’s not forget that some of the oil-rich nations like Iran need a higher price of oil for their economy to survive.  They want to create chaos in the supply chain to push prices higher.  Assuming the current situation with the bombing of a Saudi oil refinery can be resolved then we should see prices start to move down somewhat. 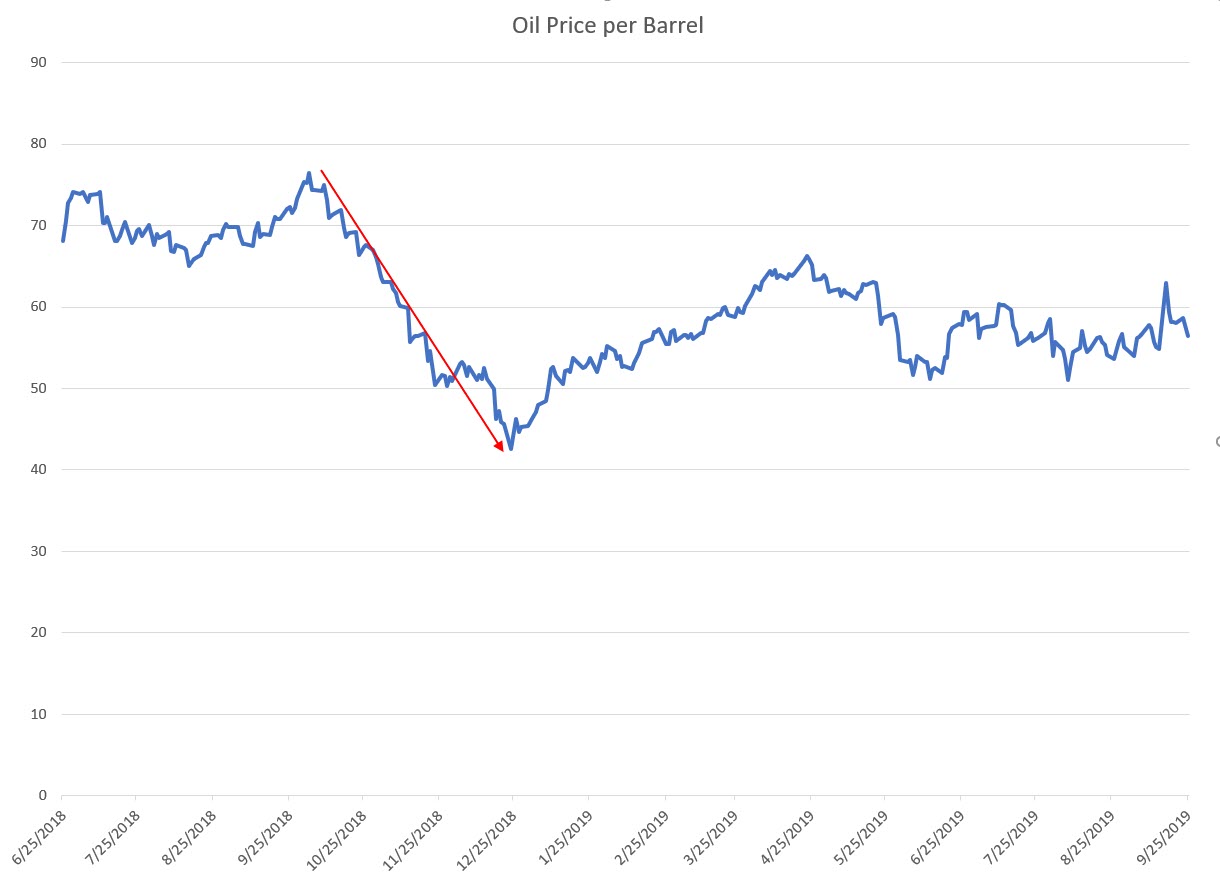