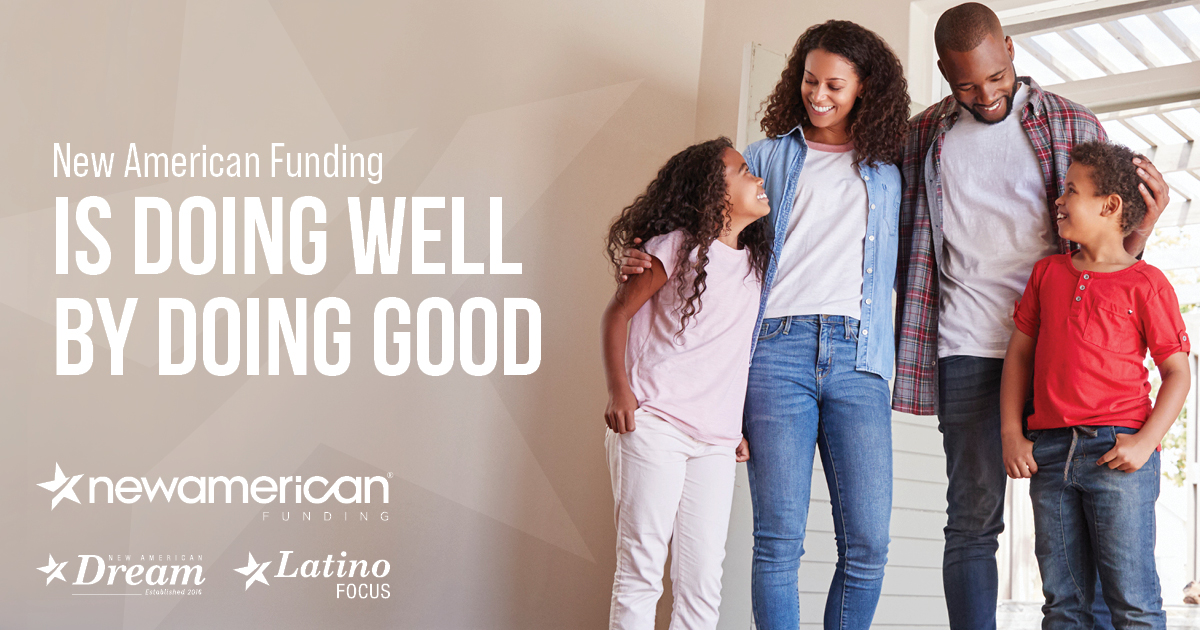 New American Funding is on track for a record-breaking year, but that’s hardly the only barometer of success for the nationwide mortgage lender. What’s much more important to the company and its thousands of employees is helping deserving individuals and families achieve the dream of homeownership, especially those who may have previously been overlooked.

New American Funding is proud to be an industry leader in lending to minorities. For years, the company has outpaced its industry in minority lending, which hasn’t happened by accident.

It is the result of years of focus and dedication to expanding mortgage opportunities for minority borrowers. Case in point: In 2013, New American Funding established the Latino Focus initiative, which seeks to enhance the quality of the lending experience among Hispanic consumers and aims to enrich the Hispanic community through homeownership.

But it’s not just about high lending volume. New American Funding’s loans are performing very well, which is promoting the expansion of minority homeownership and the growth of generational wealth in minority communities.

The company has frequently been honored for its diversity and inclusion efforts, including twice being named a Best Workplace for Diversity by FORTUNE and Great Place to Work®.

“We are incredibly honored to be an industry leader in creating stable homeownership among minority communities,” New American Funding Co-Founder and CEO Rick Arvielo said. “Our team is willing to go the extra mile to help tackle the challenges of obtaining homeownership for deserving borrowers. It’s taken years of hard work for us to get where we are, but we know this is not the finish line. We’re going to keep working hard to ensure that everyone who can buy a home is able to.”