How Today's Interest Rates May Affect You

The end of October saw another FOMC meeting where the Fed dropped their benchmark rate 25bps to the range of 1.50 to 1.75%.  This was the third meeting in a row that they dropped interest rates with only one FOMC meeting left in 2019.   It doesn’t appear we will see any movement at the next meeting as the probability that the Fed drops rates again in December is less than 5%.  One interesting note is that the market is only pricing in a 75% chance that the Fed drops rates in 2020 at all.  So it appears, at least for right now, that the Fed is done lowering rates in this “mid-cycle adjustment”.

Moving over to Treasuries, we saw the 10yr shoot higher almost 2 weeks ago to 1.94%.  The market started pricing in a higher probability that the trade war with China comes to an end and that has pushed stock prices up to new record highs.  Since that time however we are seeing rates start to creep back down with the 10yr currently at 1.75%.

In terms of the economy, the unemployment rate is still near record lows, the labor force participation rate is up, GDP is stable at 2.0% and inflation is still hovering between 1.5 and 2.0%.  The one area of concern is manufacturing, with certain indices showing a level of weakness not seen in 2-3 years.

If you haven’t noticed, the price of gold has shot up over the past year with it now trading over $1,470 an ounce vs around $1,175 during the middle of last year.   The risks to growth and general economic uncertainty around the globe have pushed investors into the commodity. 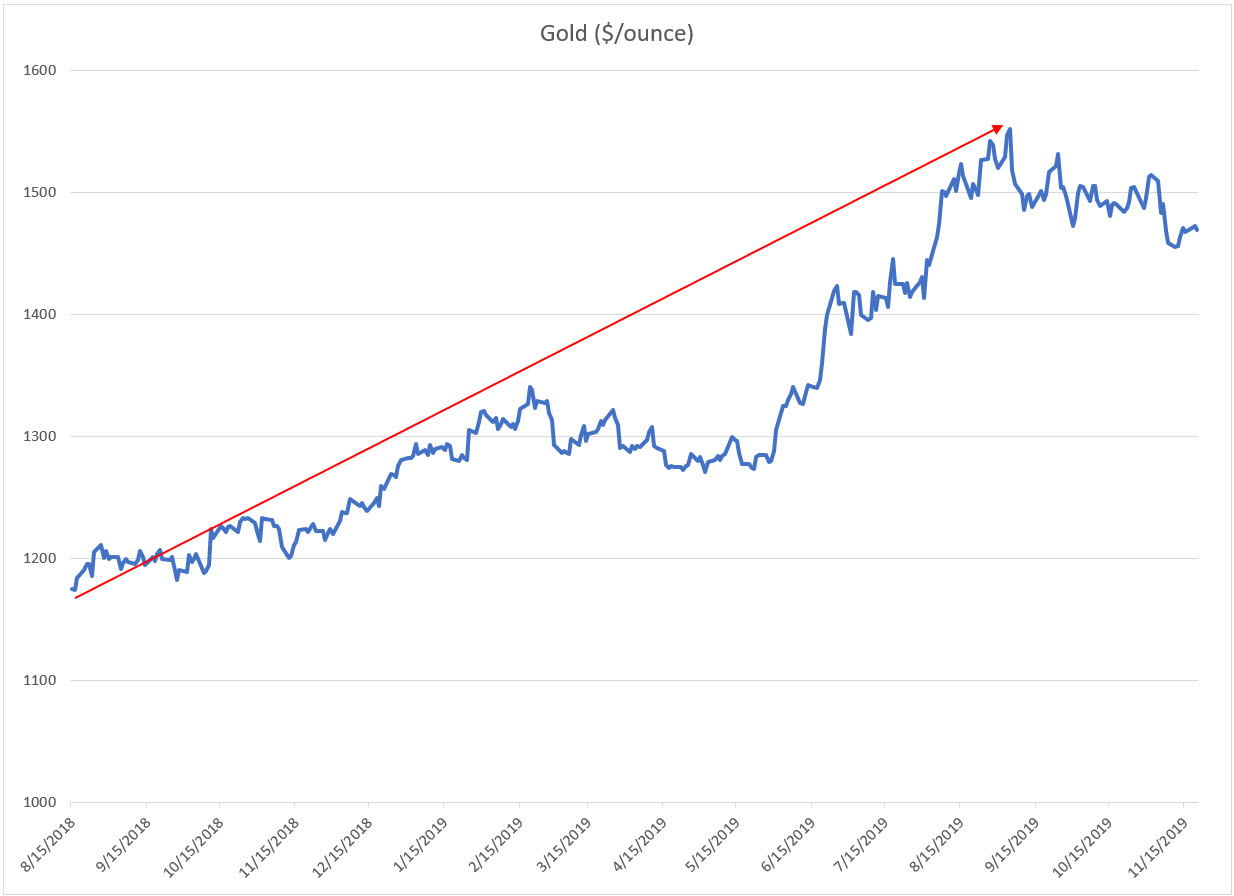