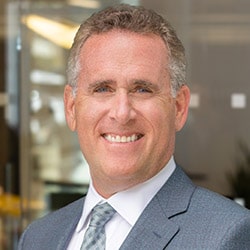 Milt Karavites is an industry veteran leader who brings 37 years of mortgage experience to his role at New American Funding. As Divisional Senior Vice President, Mountain West, he is responsible for the company’s growth and day-to-day operations in Colorado, Utah, Idaho, and a portion of Arizona.

Milt was the first Branch Manager hired by New American Funding outside of the company’s California headquarters, joining the team in 2012. Milt’s experience and skill led to an immediate impact in the region. As a result, Milt was promoted to Regional Vice President in 2013.

Milt attributes much of the region’s success to the dedicated team he has assembled and the partnership between Sales and Operations that puts the customer first. He believes in a leadership style of serving those that you lead. In his words, “we all work together towards a common goal of closing quality loans without egos.” Milt believes by serving and supporting the team, New American Funding can assure its clients and business partners experience best-in-class service.