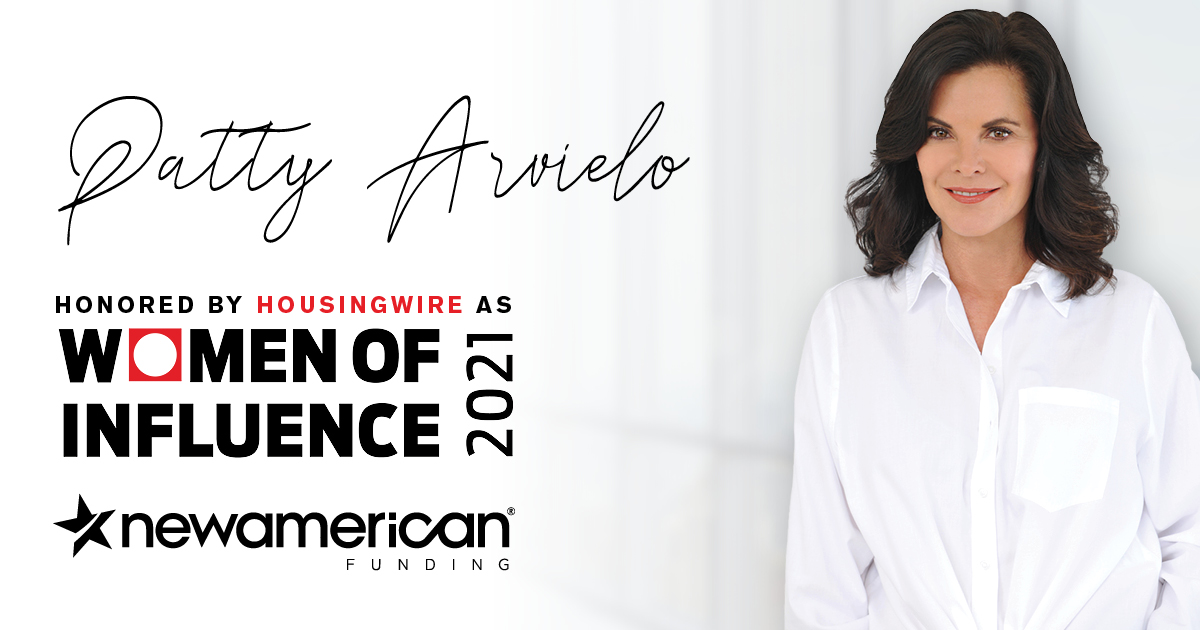 Nationwide mortgage lender New American Funding is proud to announce that its Co-Founder and President, Patty Arvielo, has been named one of the most influential women in housing for the fifth time.

Arvielo was honored as a member of HousingWire’s 2021 Women of Influence, an award program that recognizes the outstanding efforts of women in driving the U.S. housing economy forward.

This is Arvielo’s fifth time and second year in a row to make the prestigious list, which honors “individuals who are making notable contributions to both their businesses and to the industry at-large.” Arvielo previously made the Women of Influence list in 2014, 2017, 2018, and 2020.

“I’m deeply honored to be named a Woman of Influence for the fifth time,” Arvielo said. “An achievement like that is only possible because of the amazing people we have here at New American Funding. I’m proud to call them my family.”

Arvielo co-founded New American Funding in 2003 and has grown it into the largest woman-owned mortgage company in the country. Arvielo manages the company’s operations and sales, while overseeing 179 locations and approximately 4,700 employees nationwide.

Arvielo is the main driver of the company’s efforts to increase lending to previously underserved communities. New American Funding is proud to be an industry leader in lending to minorities. This feat is accomplished through the company’s Latino Focus and New American Dream initiatives, which focus on increasing lending to Hispanic and Black borrowers, respectively.

Arvielo established both Latino Focus and New American Dream after identifying the unique challenges minority borrowers face when trying to buy a home or refinance their existing mortgage.

Beyond that, Arvielo believes in empowering minorities through homeownership and professional mentorship and is committed to supporting and uplifting the next generation of Hispanic entrepreneurs.