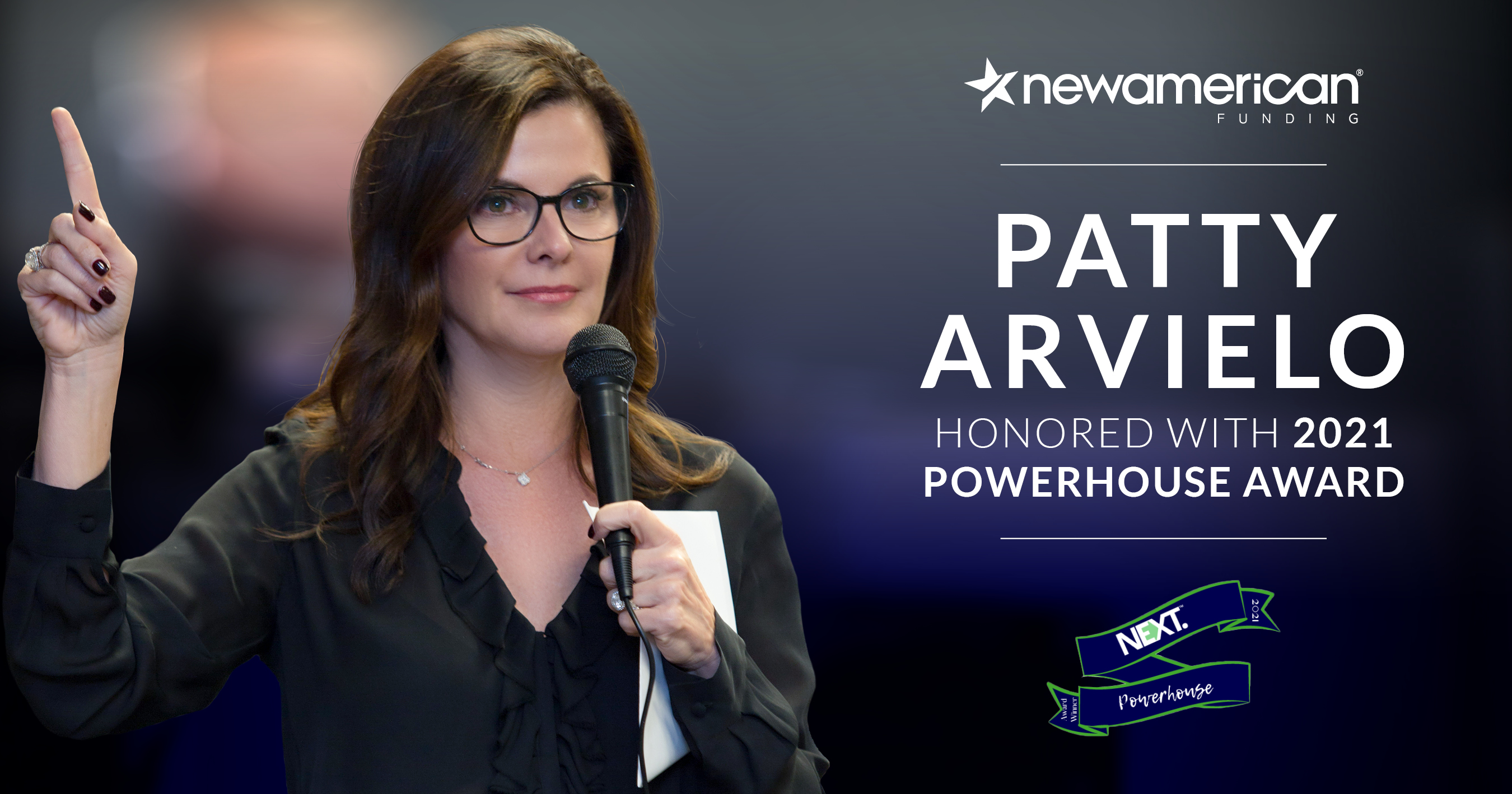 Nationwide mortgage lender New American Funding is proud to announce that Co-Founder and President Patty Arvielo has been honored with the Powerhouse Award by NEXT.

This marks the second time Arvielo has been honored as a #NEXTPowerhouseAwards recipient. Arvielo also received the NEXT Powerhouse Award in 2020.

The Powerhouse Award honors women mortgage professionals who took on a challenge in either their own company or the industry and improved it.

Arvielo’s leadership was critical during 2020, when the company transitioned to a largely work-from-home environment. Arvielo’s transparency was key to the company’s seamless adjustment to this virtual environment.

The results speak for themselves, as New American Funding shattered its previous record lending volume in 2020, a pace that has continued into 2021.

Under Arvielo, New American Funding is also a leader in lending to underserved communities. Through its Latino Focus and New American Dream initiatives, both of which were established by Arvielo, 36% of New American Funding’s purchase loans in 2020 were to minority borrowers compared to 25.5% for all institutions, based on 2020 HMDA data.

“I am grateful to be recognized with the NEXT Powerhouse Award again,” Arvielo said. “It’s an honor to be alongside so many amazing women who are leading the way in the housing industry. I see more women spearheading change within the industry and I’m very excited about where we’re headed together.”