Patty Arvielo Honored by HousingWire as 2020 Woman of Influence 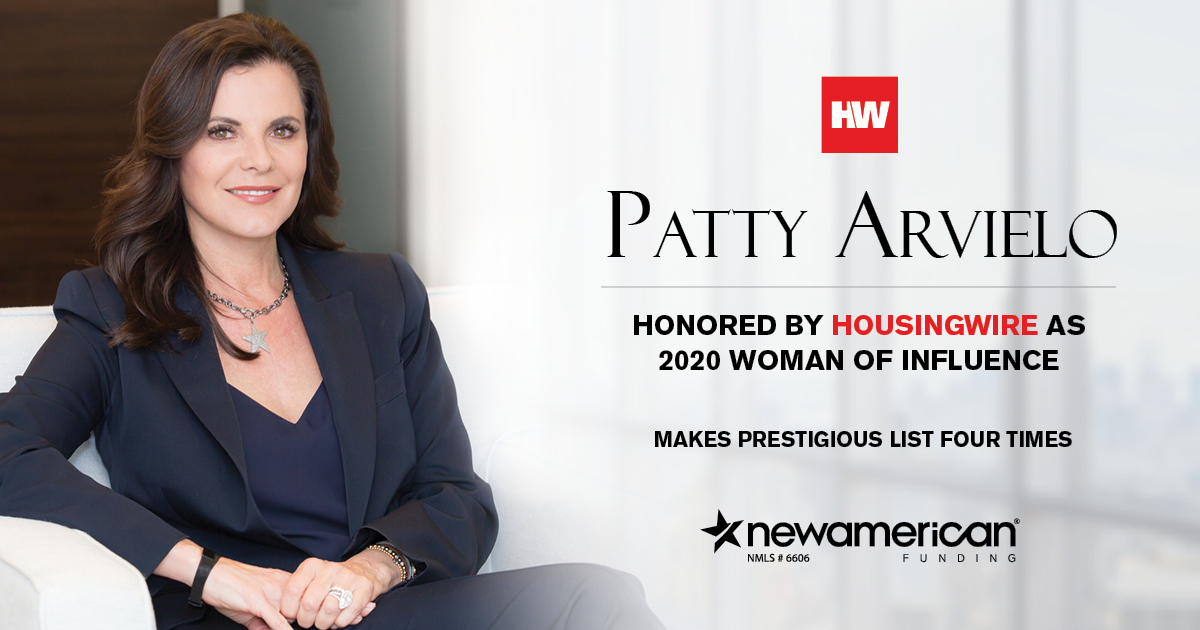 Patty Arvielo, the President and Co-Founder of top mortgage lender New American Funding, was named one of the most influential women in housing by HousingWire, the leading source for mortgage and housing news.

HousingWire named Arvielo one of its 2020 Women of Influence, an award program that recognizes the outstanding efforts of women in driving the U.S. housing economy forward. This year’s list honors 100 women who are greatly impacting and influencing the housing industry.

The award is reserved for individuals who are making notable contributions to both their businesses and to the industry at large – with a specific focus on the past 12 months. According to HousingWire, the winners’ “energy, ideas, achievements, as well as commitment to excellence and progress give us a look at the future of the industry.”

This is the fourth time Arvielo has been honored as one of HousingWire’s Women of Influence.

“I’m incredibly grateful to be among the amazing women who grace HousingWire’s Women of Influence list,” Patty Arvielo said. “I wouldn’t be where I am without the incredible team at New American Funding, and I’m proud to be their leader. And I’m proud to use my position to create positive change in the housing industry at a time when it is desperately needed.”

As President and Co-Founder of New American Funding, Arvielo manages operations and sales for the company’s headquarters, approximately 200 nationwide branches, and about 3,600 employees.