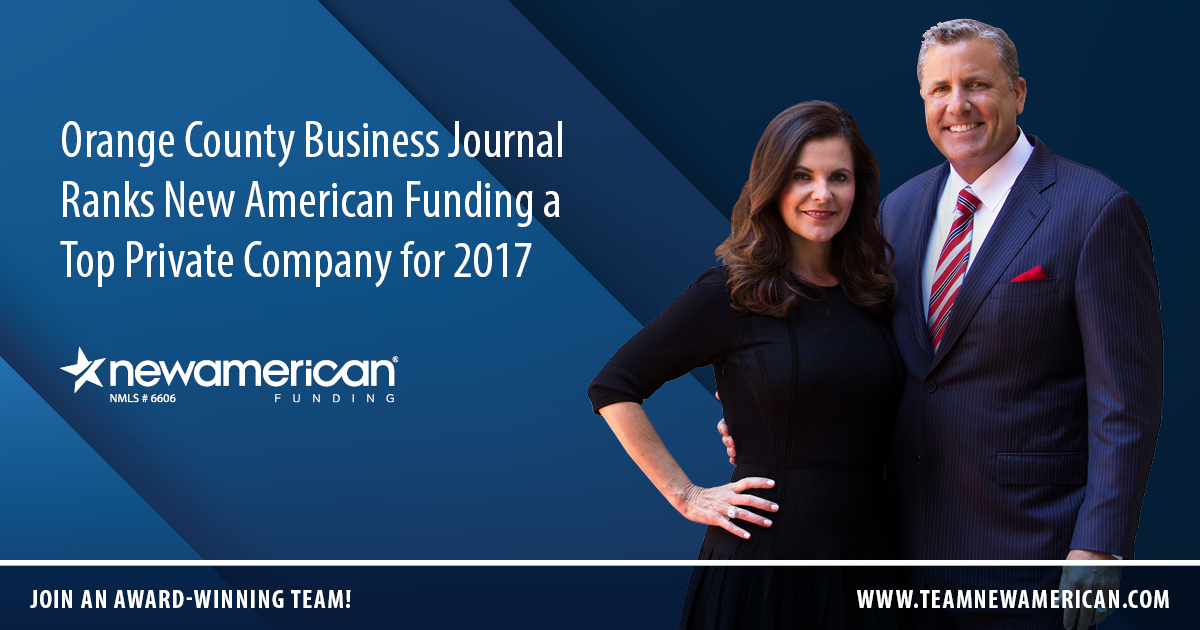 For the fourth consecutive year, Orange County Business Journal (OCBJ) has named New American Funding to its annual Private Companies list. The Southern California-based mortgage lender made the 27th annual list at #42, moving up from its #48 ranking last year. More than 100 companies are represented on the 2017 list, ranging from healthcare, technology, and construction businesses, all of which make up a key part of Orange County’s economy.

In order to be ranked by OCBJ, a company had to be privately owned, headquartered in Orange County, and have a minimum annual revenue of $100 million for the 12-month period ending December of 2016. “It’s rewarding to make OCBJ’s list of Top Private Companies for four consecutive years. This recognition is a testament to the outstanding dedication and commitment of our hard-working team on a daily basis,” said COO Christy Bunce.  “We’re constantly searching for new ways to stretch ourselves and to outperform yesterday’s achievements.”

New American Funding is privately owned by husband-and-wife duo, Rick and Patty Arvielo, who have expanded the company into one of the fastest-growing mortgage lenders in America. Even though the company is headquartered in Orange County, it has more than 130 nationwide branches in 20 states. In 2016, the mortgage company hit record-breaking growth, which included:

Due to its rapid business growth over the past year, New American Funding has received several notable accolades, which include:

OCBJ’s Private Companies list will also appear in the 2018 Book of Lists.