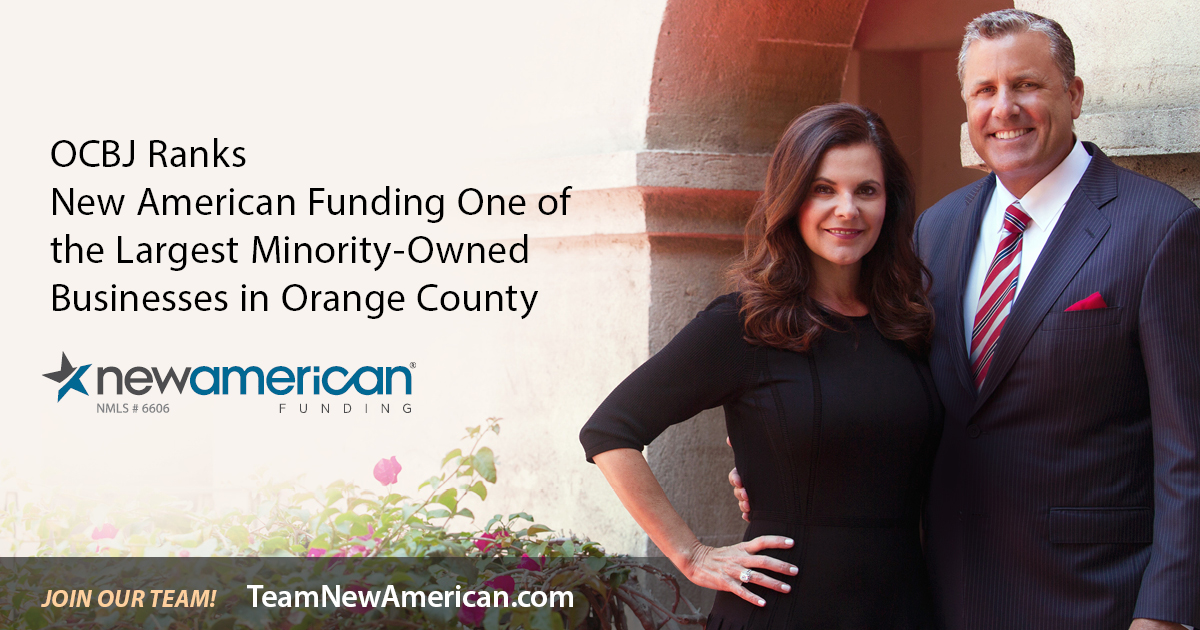 To be eligible for the 2017 list, companies had to be at least 51% Latino, African-American, Asian-American, Native American, or immigrant-owned. New American Funding’s President and Co-Founder, Patty Arvielo, is Latina. ”We’re excited to once again rank as one of the largest minority-owned businesses in Orange County,” said Arvielo. “This distinction is an honor. I’m extremely proud of my Hispanic roots and grateful for the impact we’re making.”

Arvielo manages operations and sales for New American Funding’s headquarters, 130 branches, and more than 2,400 employees, while also assuming a leadership role within the Hispanic community through initiatives like Latino Focus Committee. She created the committee as an avenue to educate Hispanic consumers pursuing homeownership. Arvielo also serves on the Corporate Board of Governors for the National Association of Hispanic Real Estate Professionals and the Executive Board for Latino Donor Collaborative.

The 24th annual list of minority-owned businesses appears in OCBJ’s current issue and will be published in the 2018 Book of Lists.