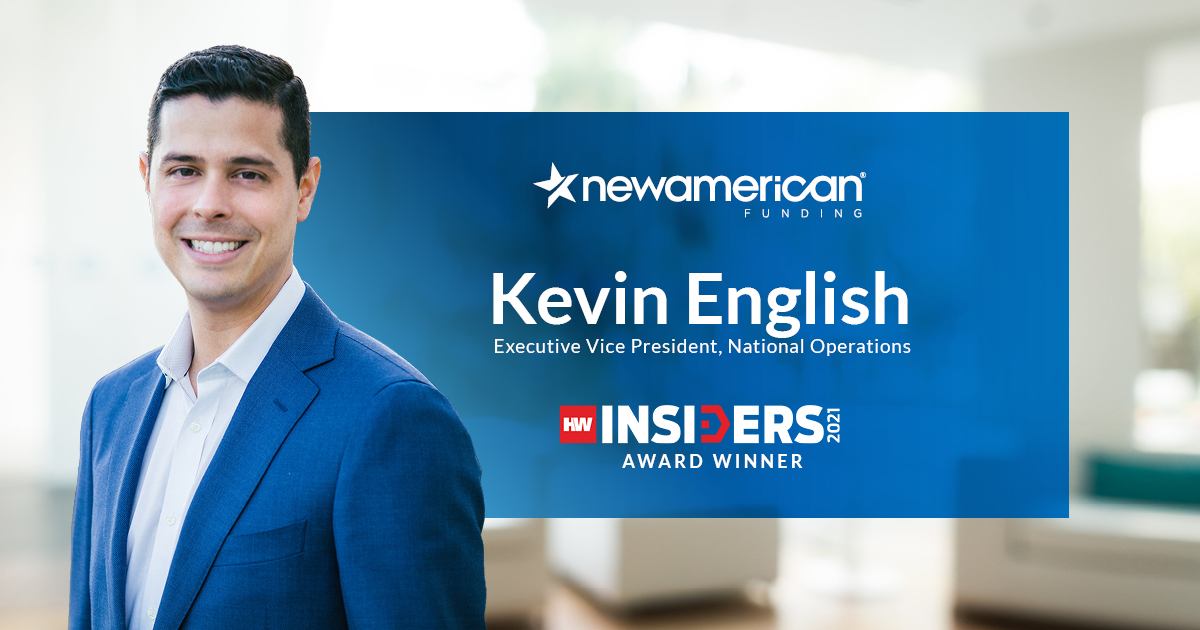 Nationwide mortgage lender New American Funding is proud to announce that Kevin English, the company’s Executive Vice President, National Operations, has been recognized as one of the best-kept secrets in the housing industry.

English was named a winner of the HW Insiders Award by HousingWire. The Insiders Award honors the “one person known within the company as a critical part of that company’s success, but who may or may not be as well known throughout the larger industry.”

In this position, English oversees nearly 1,000 operations employees spread across several departments, all of whom play an important role in helping New American Funding give customers an industry-leading mortgage experience.

English began his New American Funding career a decade ago as a processor and quickly progressed into management; first overseeing processing for the company’s growing outside retail division. English displays a tireless work ethic and complete ownership over his work, which led him to the point where he now oversees the company’s entire operations division.

Thanks to the work of English and his teams, including Processing, Underwriting, and Funding departments, New American Funding provides loan closings in as little as 14 days in some cases, leading to satisfied customers and real estate partners.

“We’re thrilled to see Kevin recognized for his invaluable contributions to New American Funding,” Chief Operating Officer Christy Bunce said. “This honor is well-deserved. He is a true leader, an inspiration to those who work with him, and we could not be prouder of him.”

To learn more about the leaders of New American Funding, click here.