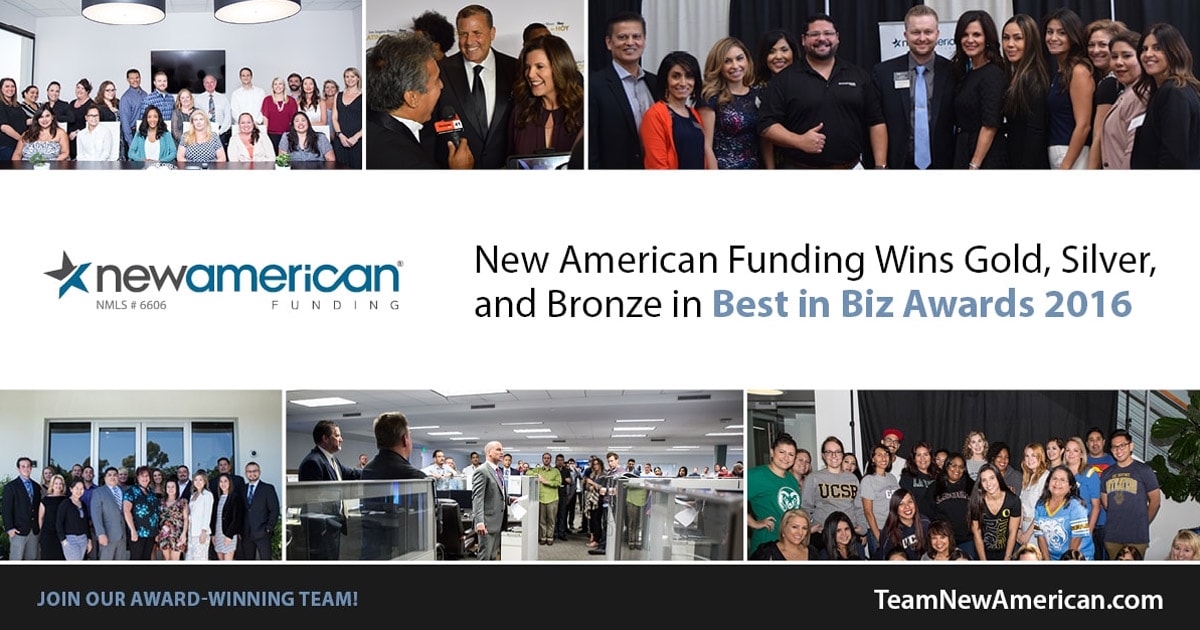 Tustin, CA – New American Funding, a national mortgage banker, announced today it won four awards in the 6th annual Best in Biz Awards, one gold, two silvers, and one bronze. As a result, New American Funding joins the prestigious list of five most awarded companies in this year's competition. The awards honor the business success of companies, teams, executives, and products as the only independent business award program judged by members of the press and industry analysts.

The judges received more than 600 nominations from companies of all sizes and from a variety of industries in the U.S. and Canada. The panel selected New American Funding the winner in the following categories:

"The increase in revenue since 2014 is impressive. But I also liked that New American Funding is a mission-driven company: Along with providing customers with a needed service (good prices and fast home closes), the company is known for steady communication and transparency that's endeared the CEO couple to its employees," said Andrew Giegerich, Portland Business Journal.

"We couldn’t be more thrilled to know that New American Funding stood out amongst a talented pool of candidates and claimed a gold award for Fastest-Growing Company of the Year," said COO Christy Bunce. "We work extremely hard so it's an honor to see our efforts applauded nationally and to win this high-level recognition."