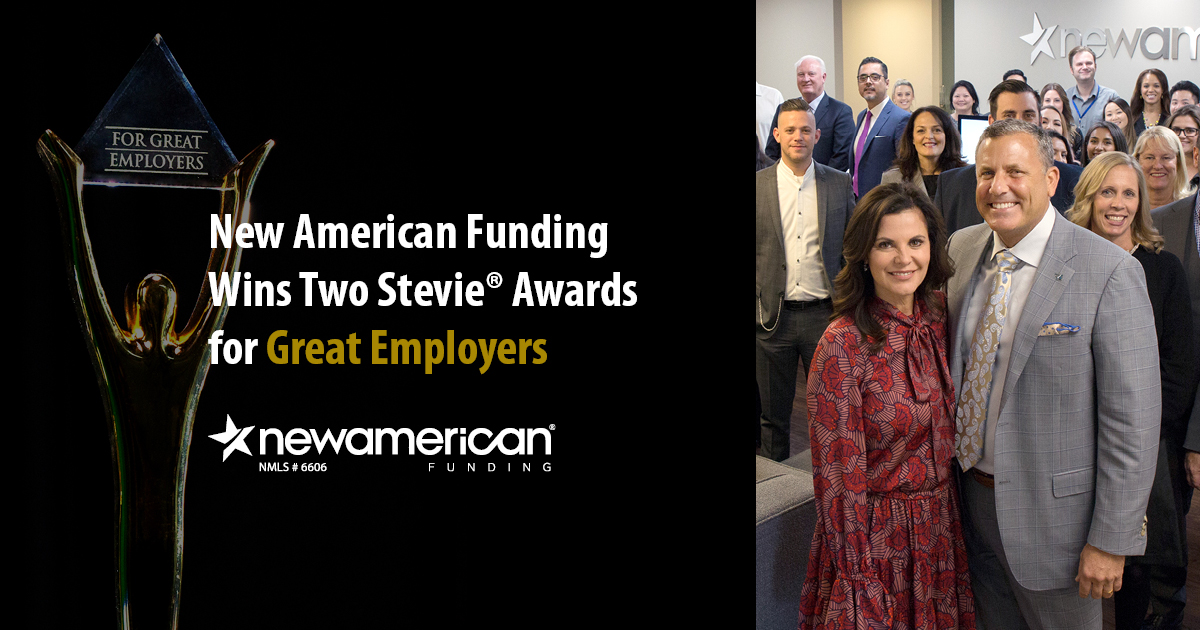 New American Funding has been named a winner in two categories by the Stevie® Awards for Great Employers. The company received a Gold Stevie® Award for Employer of the Year — Financial Services. This is the third year in a row that the national mortgage lender has claimed the top prize in the international competition, which recognizes the world's best employers and human resources professionals.

"We're very proud to win a Stevie® for Employer of the Year, three years in a row," said Rick Arvielo, CEO of New American Funding. "This recognition is a testament to our commitment to make New American Funding an enjoyable, friendly, family-oriented organization and a great place to work overall."

More than 550 nominations in various categories from organizations around the world were received this year. New American Funding was selected as a winner based on scores from a panel of judges and votes from the general public. Rick Arvielo also received a Silver Stevie® for People-Focused CEO of the year, an award which recognizes executives who make their organizations great.

New American Funding's company culture initiative, NAF360, promotes a family-like feeling in the workplace, emphasizing work-life balance, and treating one another with 360 degrees of respect. Throughout the year, NAF360 hosts a variety of events and competitions to cultivate the NAF360 spirit, such as a pizza eating contest and Halloween costume competitions.