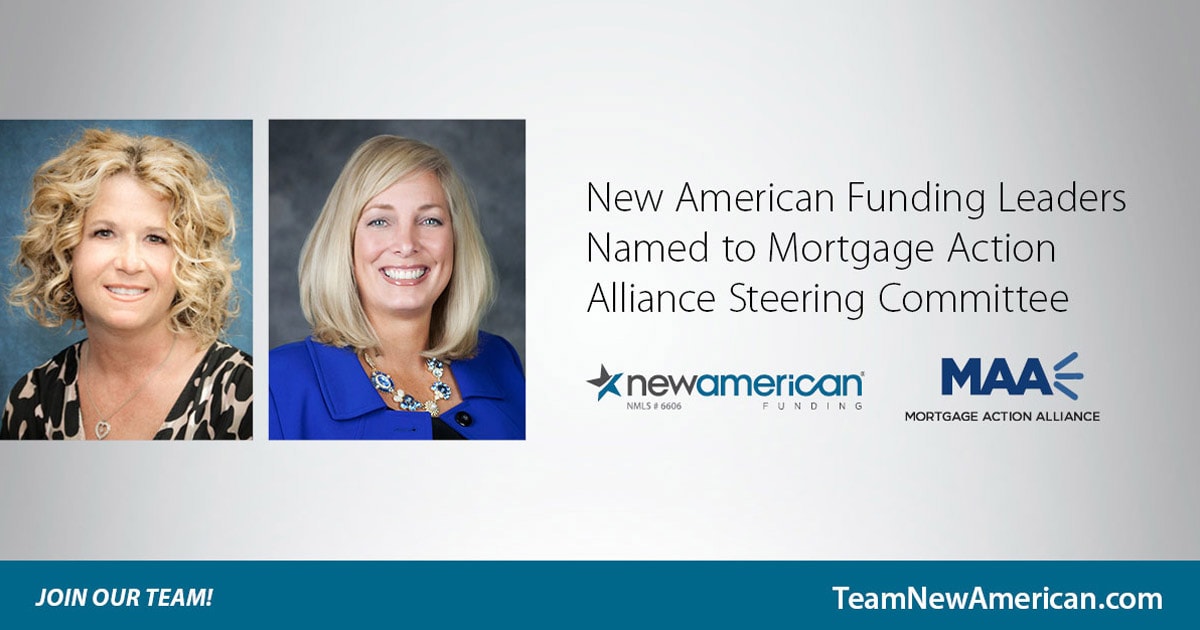 New American Funding announced today that its SVP Regional Manager, Brigitte Ataya has been elected to the 2017 Mortgage Action Alliance (MAA) Steering Committee. As an At-Large Member, Ataya will be part of a nine-member committee that will be responsible for formulating and executing grassroots activities on behalf of the organization.

MAA, an affiliate of the Mortgage Bankers Association (MBA), is a voluntary, non-partisan, and free nationwide lobbying network comprised of mortgage professionals. It strives to strengthen the industry's voice in Washington, D.C. and state capitals across the country.

Ataya brings more than 20 years of mortgage experience to the committee and has been deeply involved as an industry advocate. During the last MAA membership drive, Ataya served as team captain at New American Funding. In this capacity, she worked alongside New American Funding's Co-Founder and CEO, Rick Arvielo, to encourage company employees to become active within MAA, which resulted in New American Funding leading the nation with more new members than any other mortgage company.

"I'm honored to serve MAA. Active involvement in the industry is vital to empowering our country," said Ataya. "I look forward to the collective impact we'll make on a national level with progressing homeownership for more Americans."

New American Funding's Senior Loan Consultant, Lisa Amato, will also serve on the steering committee as a non-voting member. Amato has more than 15 years in mortgage banking with a vision to see continued positive change in the industry.

"I'm thrilled to have leaders within New American Funding rising up to assume a greater MAA leadership role," said Arvielo. "We need dedicated advocates with a unified voice to continue influencing our industry so we maintain our forward movement." Arvielo is the newest chairman for Mortgage Bankers Association Political Action Committee (MORPAC).