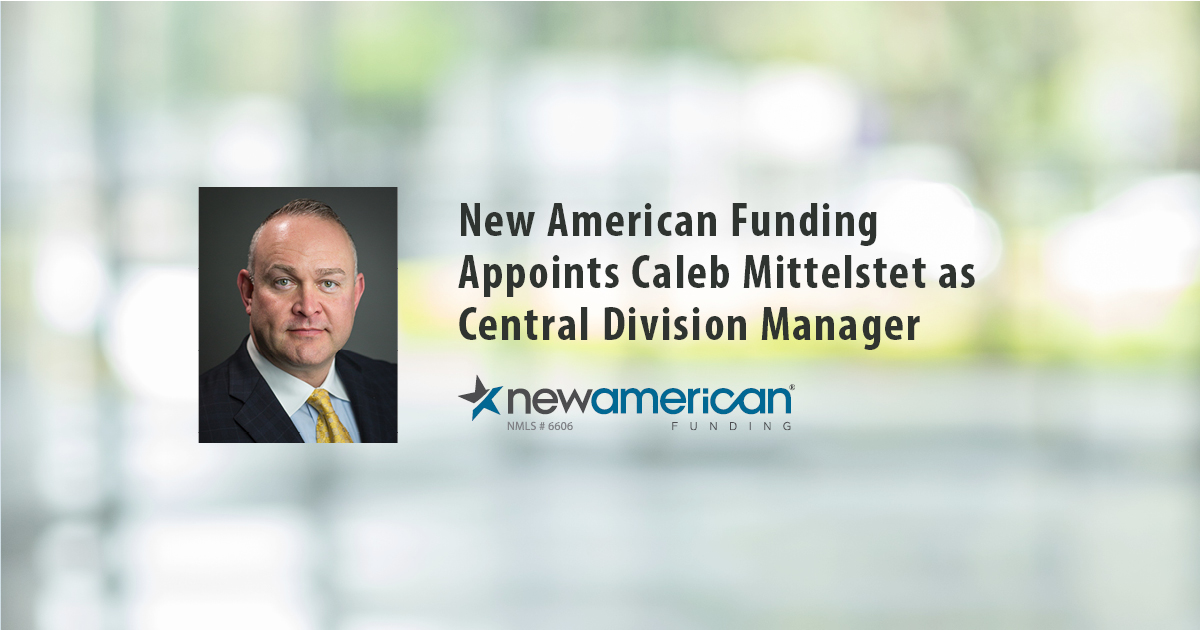 New American Funding, a leader in the mortgage industry, announced today it has named Caleb Mittelstet as its Central Division Manager. In his new role, Mittelstet will expand the company’s footprint in specific geographic regions across the country. He’ll focus on adding branches and Loan Officers in new markets where the lender doesn’t have an existing location.

With 17 years of mortgage experience, Mittelstet is an accomplished leader in the industry. His strategies have proven effective in expanding the marketplace and building loan production. He has served in several senior level management positions. Most recently, he was the Executive Vice President at an independent mortgage lender, where he was responsible for all production and strategic growth initiatives across the country.

“We’re honored to have Caleb at New American Funding. He’s a dynamic sales leader with prolific experience in building successful markets,” said Scott Bristol, SVP of National Retail Sales. “He’s a true high-integrity servant leader who will be a valuable asset to our company.”

Mittelstet was attracted to New American Funding due to the quality of its senior leadership team and company culture. “I have high respect for Rick and Patty. They’re both active inside their organization and the industry as well,” said Mittelstet. “Furthermore, the company has a culture that’s Loan Officer centric. Its technology platform is developed for the future and takes mortgage banking to the next level.”

Throughout his career, Mittelstet has been an active member of the Mortgage Bankers Association and Mortgage Action Alliance at both the state and national levels.