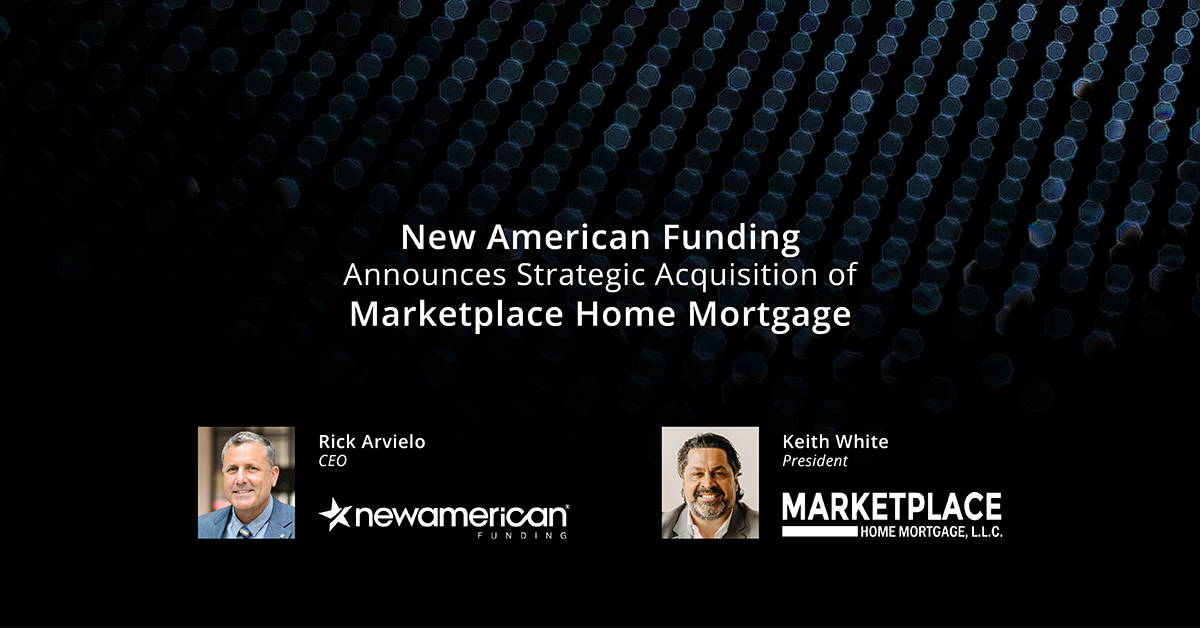 “We felt now was the right time to combine forces with a lender such as Marketplace Home Mortgage,” said Rick Arvielo, CEO, New American Funding. “We’ve always grown organically and have been very selective about this type of move in the past. But due to the cultural and business alignment of both brands, coupled with the geographic advantage, we determined this was an excellent opportunity. We project this deal alone adds over $1 billion in mortgage production next year.”

Founded in 1995 by President Keith White, Marketplace Home Mortgage started out as a small brokerage that quickly grew to a ranking regional lender. Similar to New American Funding, Marketplace experienced significant growth over the past several years, which helped align the synergies of the two lenders.

“Becoming part of New American Funding accelerates the growth plans we put into place several years ago,” said White. “The current market is one some lenders view as challenging, but we view it as a magnificent opportunity that is increased by the industry-best platform brought by New American Funding.”

New American Funding has continued to expand its in-market branches with locations now numbering 185+ nationwide. With Marketplace’s locations in Florida, Michigan, New Hampshire, South Dakota, and Wisconsin, local Loan Officers will be able to provide full-service lending expertise to the benefit of the clients and industry partners nationwide.