Recognizes Co-Founders on its 100 Most Influential Mortgage Executives List 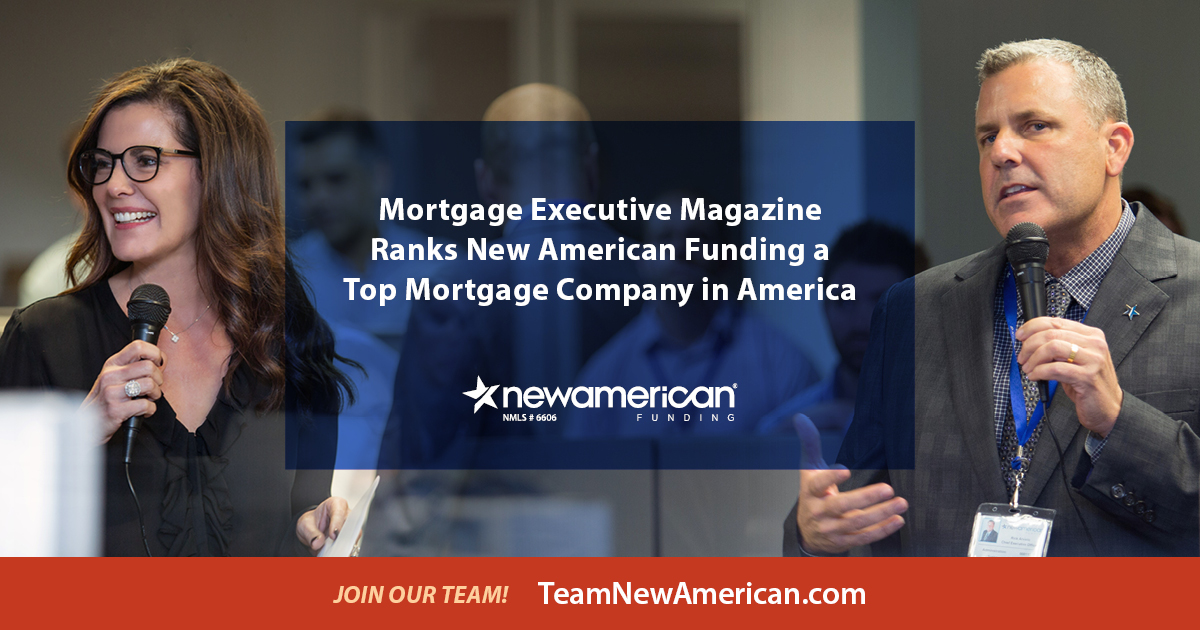 For the sixth consecutive year, Mortgage Executive Magazine (MEM) has named New American Funding to its list of Top 100 Mortgage Companies in America. The magazine also recognized Co-Founders of New American Funding, Rick and Patty Arvielo, on its list of 100 Most Influential Mortgage Executives. This is the third time MEM has honored the Arvielos as prominent leaders in the nation.

“It’s exciting when Mortgage Executive Magazine identifies your company as one of the top in the nation for six years in a row,” said COO Christy Bunce. “We couldn’t be more thrilled by this recognition or the fact that our leaders, Rick and Patty, have been named as top influencers in the industry. Their dynamic leadership combined with a hard-working mortgage team continues to drive us forward.”

Rick orchestrates overall growth and led New American Funding into record-breaking profitability over the past year; while Patty manages operations and sales for the headquarters, 130+ branches, and 2300+ employees. Due to their progressive business approach, Ernst and Young, named both Rick and Patty as EY Entrepreneurs of the Year ® in 2016.

Both are actively involved within the mortgage industry on a national level. Earlier this year, Rick began serving a two-year term as Chairman for the Mortgage Bankers Association Political Action Committee.  Patty maintains an advocacy role by serving on the Diversity and Inclusion Committee and the Consumer Affairs Advisory Council for the Mortgage Bankers Association.