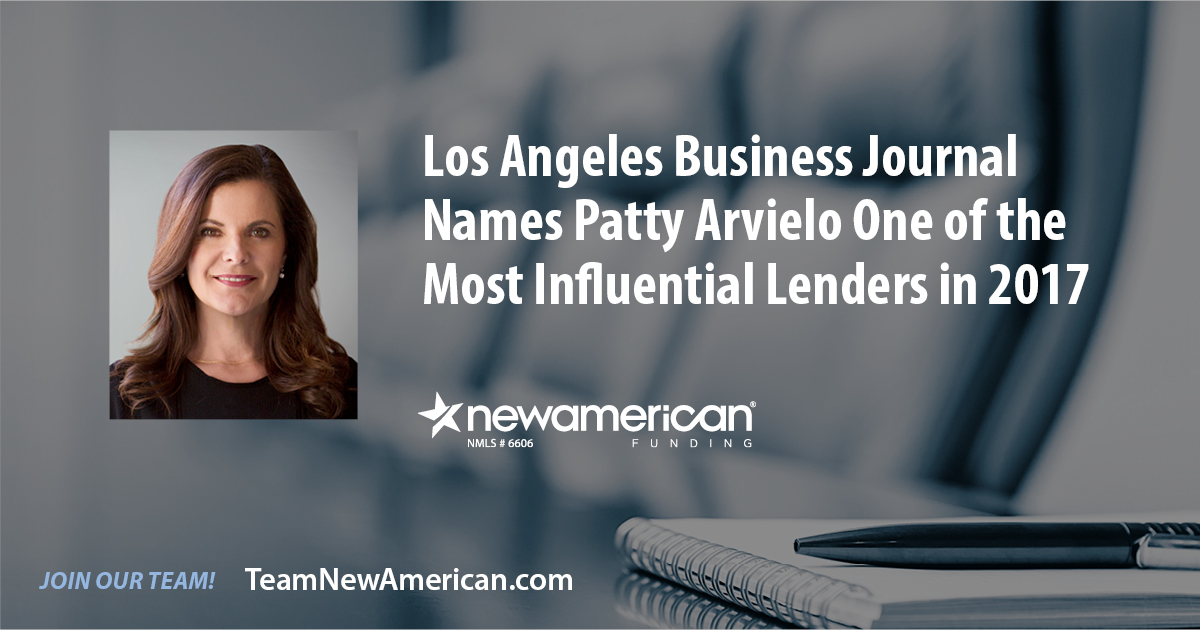 For a second consecutive year, the Los Angeles Business Journal has named New American Funding’s President, Patty Arvielo, as one of the Most Influential Lenders in L.A. County. This annual list recognizes outstanding lenders who have had remarkable achievements over the past 12-18 months.

To read about the most influential lenders, please visit: http://www.cbjonline.com/a2labj/supplements/MostInfluentialLenders_20170327.pdf

Arvielo manages operations and sales for New American Funding’s headquarters, 130+ branches, and 2400 employees, while closing millions of dollars in home loans on an annual basis. “I’m elated that out of all of the successful lenders that the LA Business Journal has identified me as one of the most influential. It’s an honor to make this list two years in a row,” said Arvielo. “I’m passionate about my work, and look forward to continuing to increase homeownership in America.”

Arvielo specializes in multicultural lending and has had a significant impact with assisting underserved borrowers achieve the American Dream. Since 2013, she has used Latino Focus Committee as an avenue to educate Hispanic consumers who are pursuing homeownership opportunities.  Over the past 18 months, some of her other achievements include:

Patty serves on the Corporate Board of Governors for the National Association of Hispanic Real Estate Professionals and the Mortgage Bankers Association’s Diversity and Inclusion Committee. In 2016, she received the EY Entrepreneur of the Year Award, a silver Stevie® for Woman of the Year, and the LA Times Latino de Hoy Business Award.