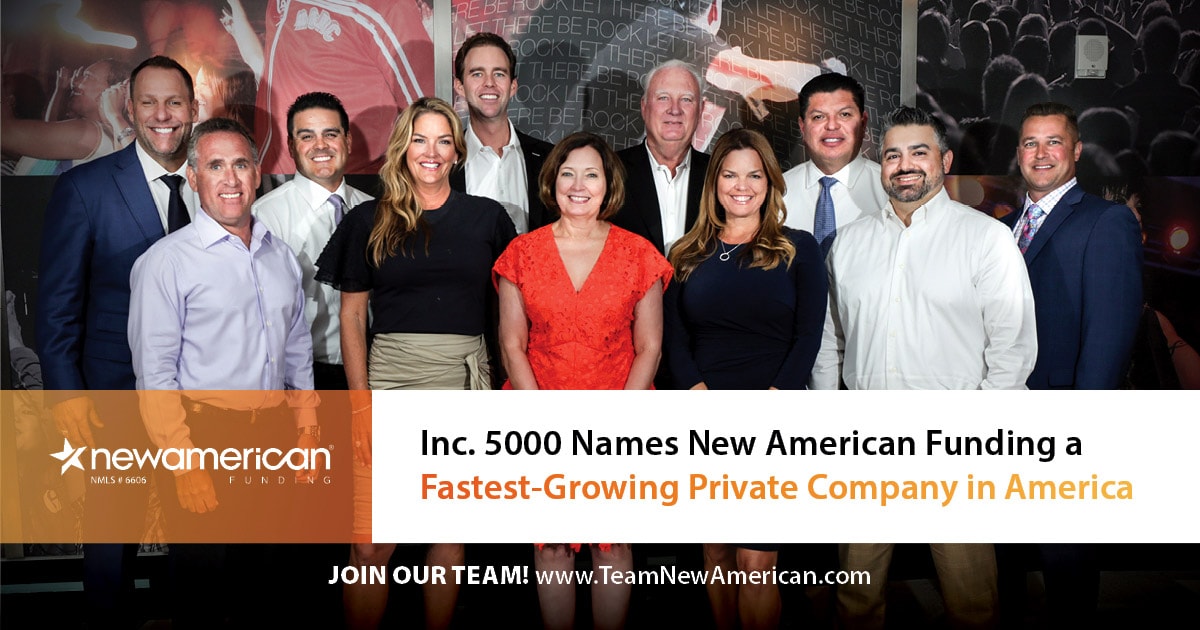 For the fifth time, Inc. 5000 has named New American Funding to its list of Fastest-Growing Private Companies in America; ranking the national mortgage lender #1664 in the nation for 2017. The magazine complied the list according to revenue growth from 2013 to 2016; during which timeframe, New American Funding’s revenue increased by 235%.

New American Funding was also recognized on Inc. 5000’s Honor Roll, which is an elite group of companies who’ve made the fastest-growing list five times. This distinct milestone is an accomplishment that less than one-tenth of Inc. 5000 honorees achieve.

“It’s extremely rewarding to have Inc. 5000 repeatedly identify New American Funding for its rapid growth,” said CEO Rick Arvielo. “We’re thrilled by this achievement and are driven to continue working hard to stretch our limits each day. Our commitment is to remain innovative.”

New American Funding is owned by husband-and-wife duo, Rick and Patty Arvielo, who’ve expanded the company to include nearly 130 nationwide branches with a servicing portfolio of $20 billion. The couple have distinguished the company as an industry leader by:

Due to their progressive business approach, earlier this year the Arvielos won a gold Stevie® with Rick claiming Executive of the Year and Patty winning Woman of the Year; each was also selected by Ernst & Young as a 2016 EY Entrepreneur of the Year® for Orange County.