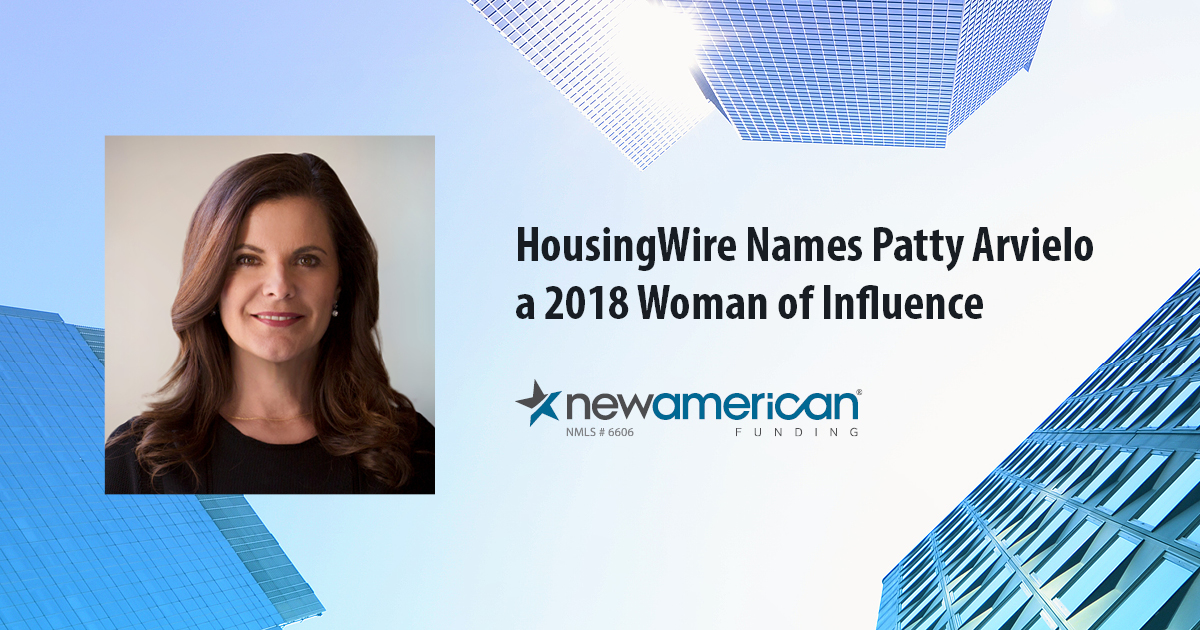 HousingWire, a leading source for housing and mortgage lending, has named New American Funding President Patty Arvielo, a Woman of Influence for 2018. This is the 8th annual list, which recognizes the 50 most high-achieving women impacting the mortgage finance industry. The national publication announced Arvielo an award winner in the August issue of its magazine.

In order to make HousingWire’s list, the editorial staff considered women who are making notable contributions to both their business and to the industry at large with a specific focus on contributions made in the most-recent 12 months. Their energy, ideas, achievements, as well as commitment to excellence also played a part in naming the awardees.

“I’m extremely honored to have made the HousingWire’s Women of Influence list,” said Patty Arvielo. “I’m proud to be able to impact people’s lives, make a difference in my community, and to serve as a mentor to both female and male employees.”

Arvielo is deeply involved in the National Association of Hispanic Real Estate Professionals (NAHREP) and serves as a member of NAHREP’s Corporate Board of Governors. She also serves on the Diversity and Inclusion Committee and is a member of mPower for the Mortgage Bankers Association (MBA).

As Co-Founder and President of New American Funding, Arvielo manages operations and sales for the headquarters, approximately 160 branches, and about 2,900 employees. She has expanded the company into one of the fastest-growing mortgage lenders in America. This year, Profiles in Diversity Journal named her a Woman Worth Watching for 2018 and she was also awarded a silver Stevie® for Woman of the Year.

This is Arvielo’s third time making the Women of Influence list.