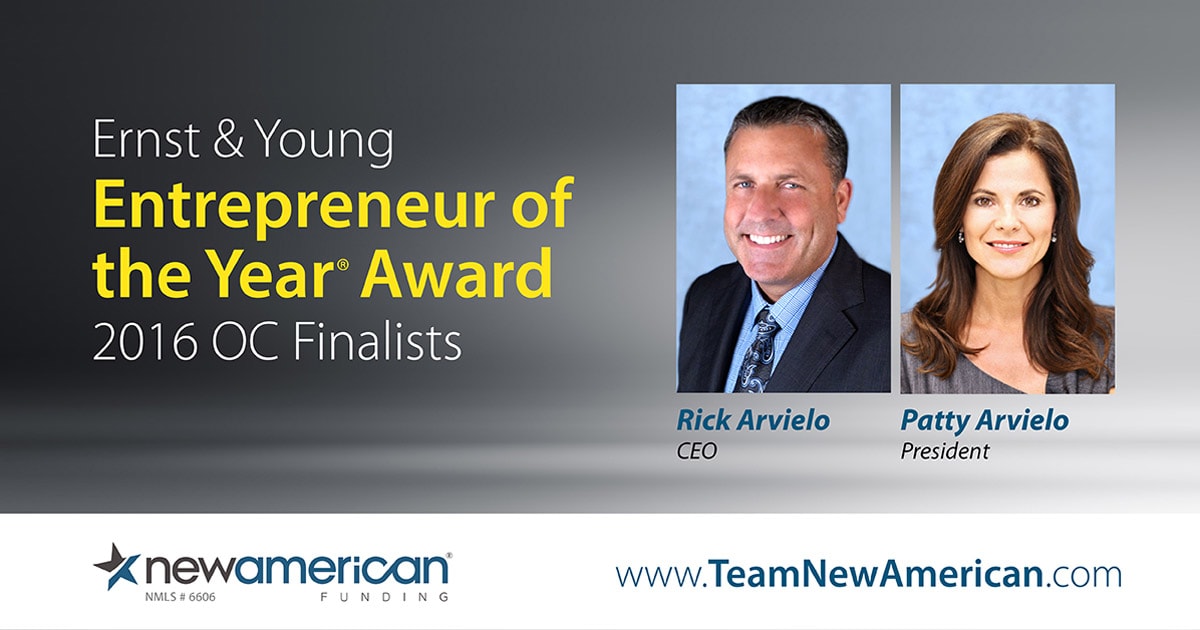 Now celebrating its 30th year, the awards program recognizes entrepreneurs in over 145 cities in 60 countries who demonstrate excellence and extraordinary success in such areas as innovation, financial performance, and personal commitment to their businesses and communities.

A panel of independent judges selected finalists based on exceptional current performance. The program is open to all industries, so final category designations change every year and can vary widely to specifically honor the top contenders.

"Incredibly proud to be named a finalist by EY, recognition amongst such outstanding business people is itself an honor. We're excited about the upcoming celebration, meeting the other finalists, and learning more about how other entrepreneurs have turned their passion into their business," commented Rick Arvielo.

Award winners will be announced at the Orange County Awards Gala on Friday, June 17 at The St. Regis Monarch Beach Resort in Dana Point.