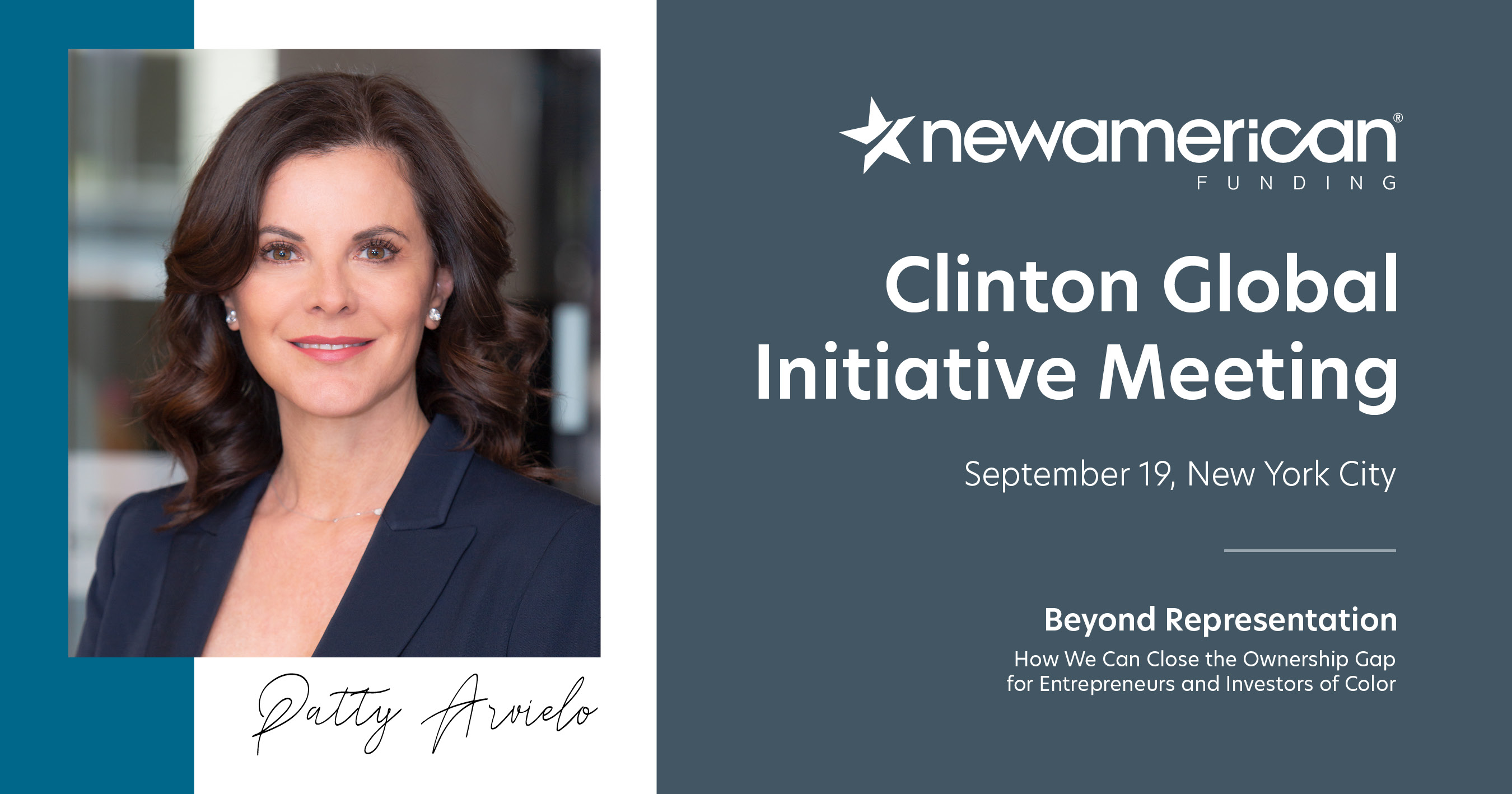 She's the embodiment of the American Dream. Now she's been tapped on the shoulder by the Clinton Foundation to share her expertise on the biggest stage this month at the Clinton Global Initiative 2022 Meeting. A first-generation Hispanic-American, Patty Arvielo has built the largest independent Latina-owned company in the mortgage industry, New American Funding. Arvielo's company is one the nation's largest lenders and specializes in bringing the dream of homeownership to underserved communities.

The knowledge that Arvielo has gained in more than 40 years in the mortgage business has made her a sought-after expert on overcoming the racial wealth gap, building generational wealth in minority communities, and creating sustainable homeownership nationwide.

As such, New American Funding is pleased to announce that Arvielo will share her expertise at the Clinton Global Initiative 2022 Meeting on Mon., Sept. 19 in New York City. Arvielo is part of a panel speaking at "Beyond Representation: How We Can Close the Ownership Gap for Entrepreneurs and Investors of Color."

This will be the first large-scale meeting hosted by the Clinton Global Initiative since 2016.

The panel will focus on building generational wealth for historically excluded communities and working together to identify and break down the greatest systemic barriers that have slowed and prevented asset building and wealth creation.

"I am honored to be asked to speak at the Clinton Global Initiative alongside so many leaders who I respect," Arvielo said. "I look forward to sharing my experience in lifting up underserved communities as we seek solutions that will address generations of inequities. Only together will we be able to address these problems and turn a corner in this country."

About the Clinton Global Initiative (CGI)

The Clinton Global Initiative (CGI) convenes global and emerging leaders to create and implement solutions to the world's most pressing challenges. CGI works with partners to drive action through its unique model. Rather than directly implementing projects, CGI facilitates action by helping members connect, collaborate, and develop Commitments to Action — new, specific, and measurable plans that address global challenges. Through CGI, the community has made more than 3,700 Commitments to Action that have made a difference in the lives of more than 435 million people in more than 180 countries.