How Would a Slowing Economy Affect Interest Rates?

Over the past several months we’ve seen interest rates continue to drop. In fact the 10yr treasury is now below 2%, which is the lowest it’s been since November of 2016. There is no shortage of fear and concerns over a slowing economy. Even though inflation is running north of 1.5% consistently and the unemployment rate is at a 50yr low of 3.6%, there have been signs of a slowing economy such as: 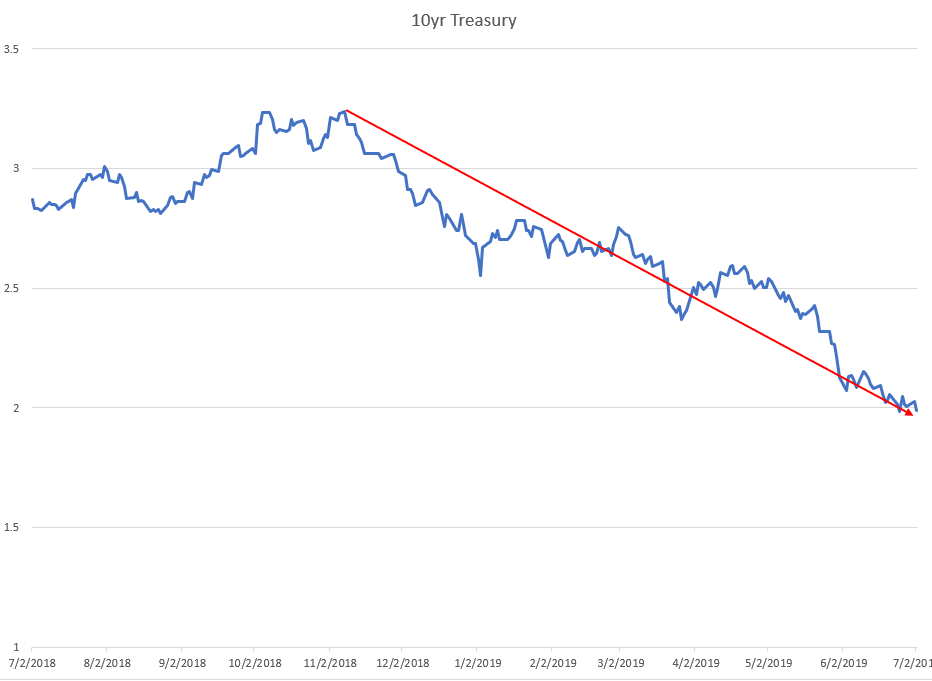 If the trade and tariff dispute with China isn’t resolved soon then fear over an upcoming recession could continue to weigh heavily on the market and rates could fall further. That doesn’t necessarily mean the end of the trade dispute could cause rates to rise quickly. There are still a lot of macro-economic and global headwinds that will stabilize rates.

In looking at bond yields around the globe, a US 10yr at 1.98% is still relatively high when you compare it to Canada at 1.47%, the UK at 0.73% as well as France, Germany, Netherlands, Switzerland and Japan all at negative yields.

The global trend is continual global economic struggles with sustained growth and the impact it’s having on interest rates.