Pressures on the Market to Lower Interest Rates

If you’ve been following the market you are well aware that rates continue to drop since mid-November of last year.  In fact, the 10yr treasury is down 100bps in rate from November 8th until today.

Trade tensions are not going away, growth concerns continue to persist, home price appreciation beginning to level off and a lack of confidence in the market as bond yields fall. As you can see bond yields haven’t been this low since 2017. Currently, the 10yr Treasury trades at a 2.22% yield and if it breaks below 2.05% then we could see it fall all the way to 1.75%. 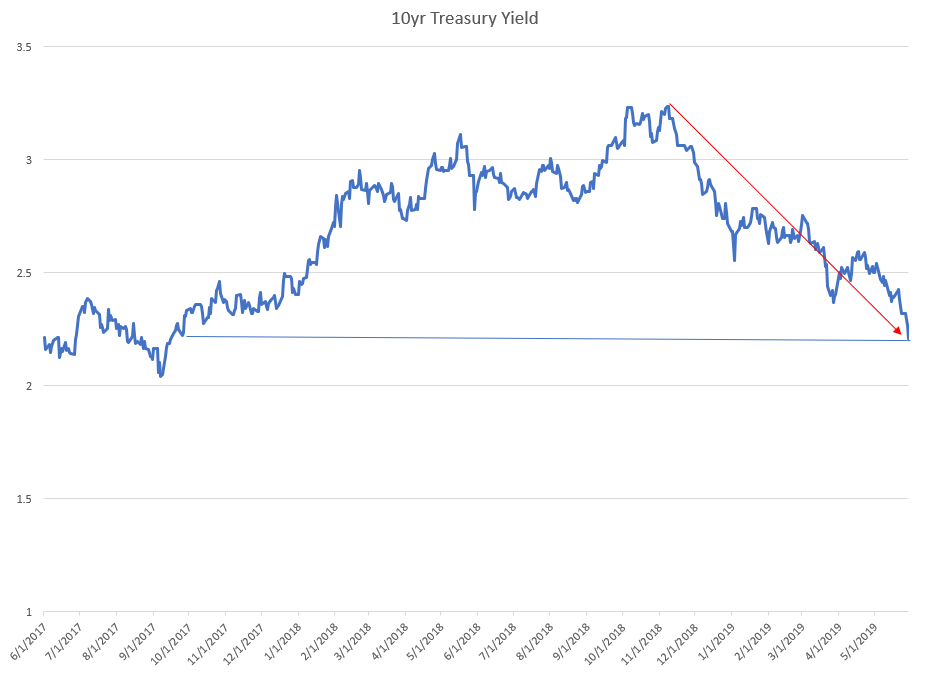 There is real fear in the market today, especially considering how low inflation is despite a very strong jobs market. One of the key recessionary signals we want to watch out for is the shape of the yield curve, which is the spread between the 3-month and 10yr treasury. When the yield curve inverts, that is to say, that the yield on the 3-month is greater than the yield on the 10yr, then it’s the market signaling that growth is likely to be constrained and could possibly predict a recession coming in the next 18 months. 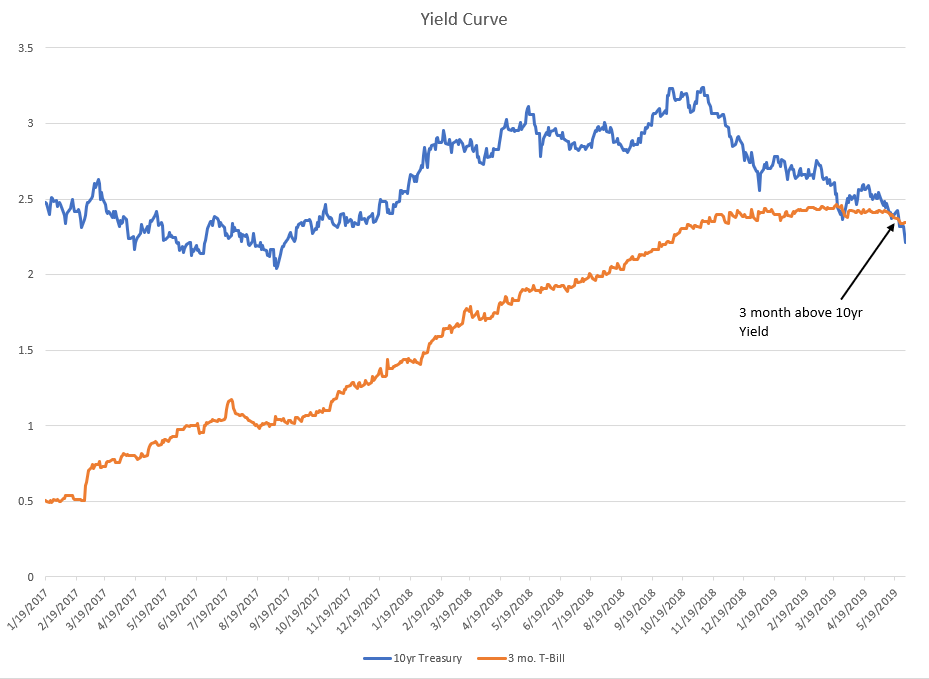 Today the 3-month treasury bill yields 2.34% and the 10yr as I mentioned before is 2.22%. So the yield curve has inverted and that’s a signal of a possible recession ahead. A few days does not make a trend but it is something we will need to watch going forward. If the 10yr continues to trade below the 3-month treasury bill over the next 30 days then we could see interest rates continue to fall even further.