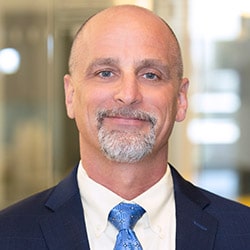 Ray Williams serves as Executive Vice President, Inside Sales Division at New American Funding. In this role, Ray oversees the company’s 10 call centers nationwide and approximately 1,000 mortgage professionals, including roughly 600 licensed Loan Officers, all of whom are tasked with delivering an industry-leading lending experience to the company’s valued customers.

To facilitate that growth and the continued success of the consumer direct division, Ray and his team developed and implemented a proprietary training program that enables entry-level personnel with no mortgage background to become licensed loan originators. The goal of the training program is to train and nurture the New American Funding leaders of tomorrow.

This program sets these new employees up for success as it teaches them how to be effective and productive loan originators. From there, they are able to progress in their career to become managers, branch managers, and beyond.

Ray believes in treating the sales team fairly and with respect, knowing that the entire organization depends on them to provide excellent customer service. Ray considers himself to be a servant leader and has structured his team to support the LOs and ensure that they can be as successful as possible.