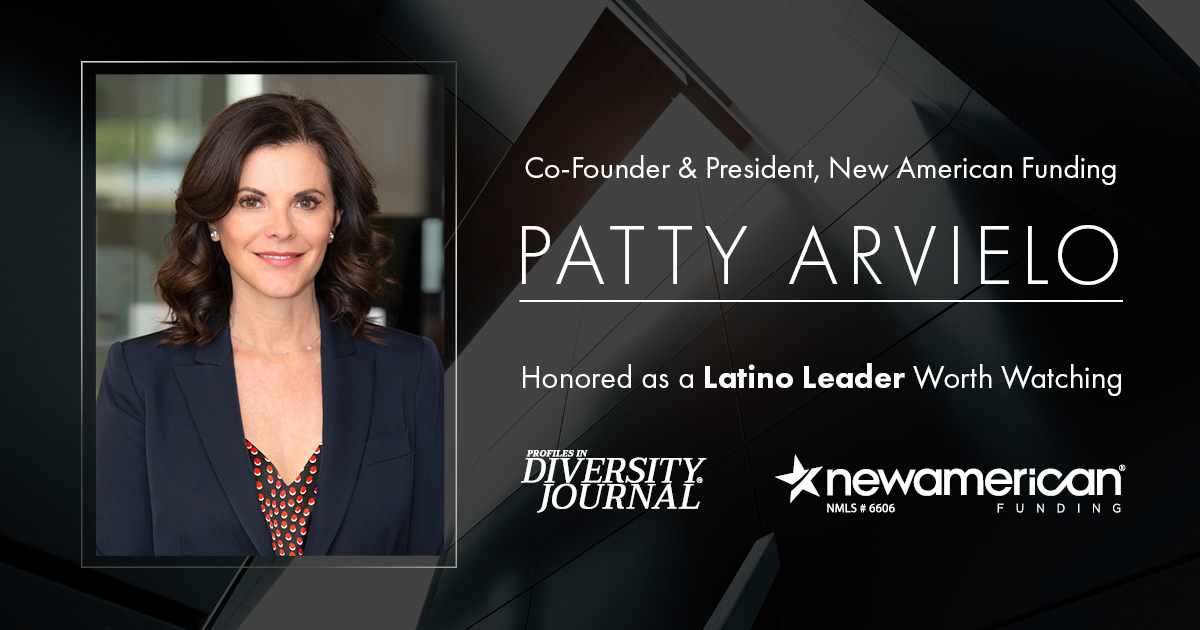 New American Funding Co-Founder and President Patty Arvielo was named a “Latino Leader Worth Watching” by Profiles in Diversity Journal. The award, which is in its first year, recognizes industry leaders who have worked to address racism and bias through their “advocacy, perseverance, legacy, or professional achievements.”

Arvielo has dedicated her life to fighting for equality and advancement for Hispanics across the country. Her understanding of underserved, Spanish-speaking communities influenced the way she developed New American Funding’s business model.

In 2013, Arvielo launched the Latino Focus initiative, which seeks to enhance the quality of the lending experience among Hispanic consumers and aims to enrich the Hispanic community through homeownership. Arvielo later established the New American Dream initiative, which raises awareness and helps increase homeownership in Black communities through education, accessibility to credit, and increasing awareness for career opportunities within the mortgage industry.

As a result of these initiatives, New American Funding's purchase lending in 2020 was 44.9% more than the industry percentage in lending to minorities, based on the 2019 Mortgage Market Activity and Trends Report from the CFPB.

The company’s focus on lending to minority borrowers has led New American Funding to build one of the most diverse workforces in the mortgage industry. Approximately 60% of the company’s 4,900 employees are female, 46% are minorities, and 38% are Millennials.

“I’m deeply honored to be named to the inaugural ‘Latinos Worth Watching’ list,” Arvielo said. “As a first-generation Hispanic American, I’ve spent my career trying to uplift communities that were overlooked for far too long. I’m happy to see the progress we’ve made, but I know there is more work to be done. That’s why I’ll never stop fighting for what’s right.”