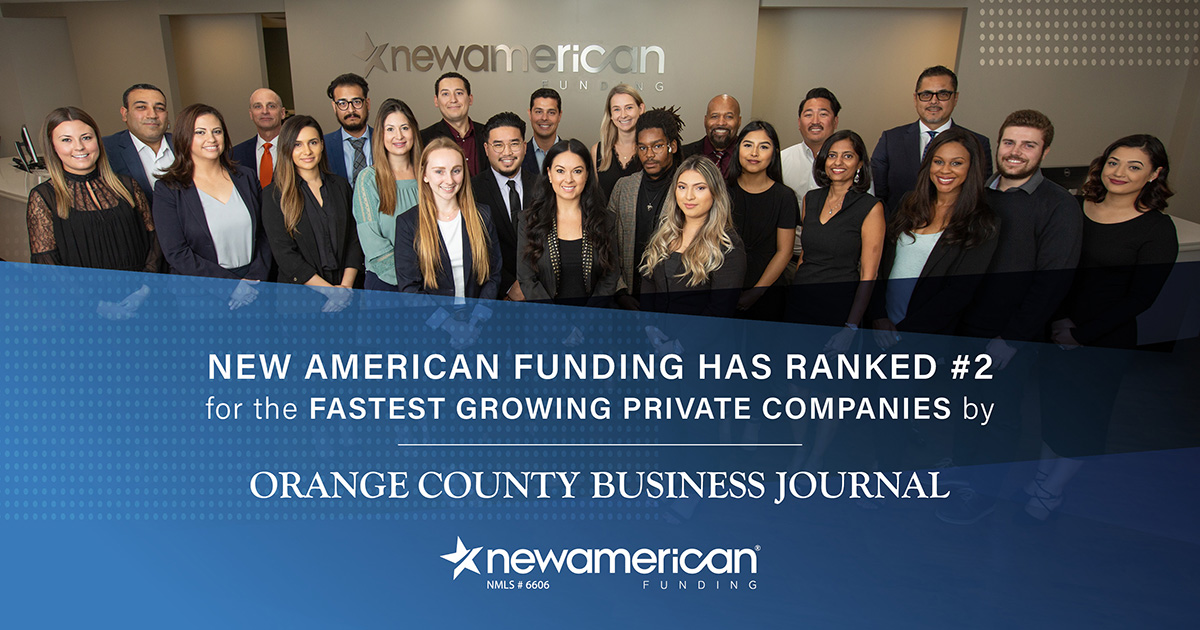 The Orange County Business Journal (OCBJ) has ranked New American Funding as the #2 fastest-growing private company in Orange County, CA. The company had previously made the list consecutively from 2012-2018, ranking as high as #5 in 2015 and 2016.

During this period, New American Funding grew its revenue from over $485 million to over $823 million, growth of nearly 70%.  At the same time, the company’s Orange County employees increased from 908 to 1,176.

"Any time a company is recognized as a fastest-growing company, it’s a tremendous feat,” said Rick Arvielo, CEO of New American Funding. “To be honored for an eighth time is a true testimonial to doing business the right way. We share this accomplishment with each and every one of our team members. Through their hard work and dedication, we are able to keep achieving record-breaking numbers, even during today’s challenging times.”

Eligible companies include those owned by an individual, a group of people, families, venture capitalists, private equity firms, or other investors. Publicly traded companies, subsidiaries, hospitals, nonprofits, and local affiliates of national or global services firms were not considered.

New American Funding continues its record growth and hiring for many positions. To learn more, visit the company’s career page.