New American Funding Ranks as One of the Top 10 Workplaces in the U.S. 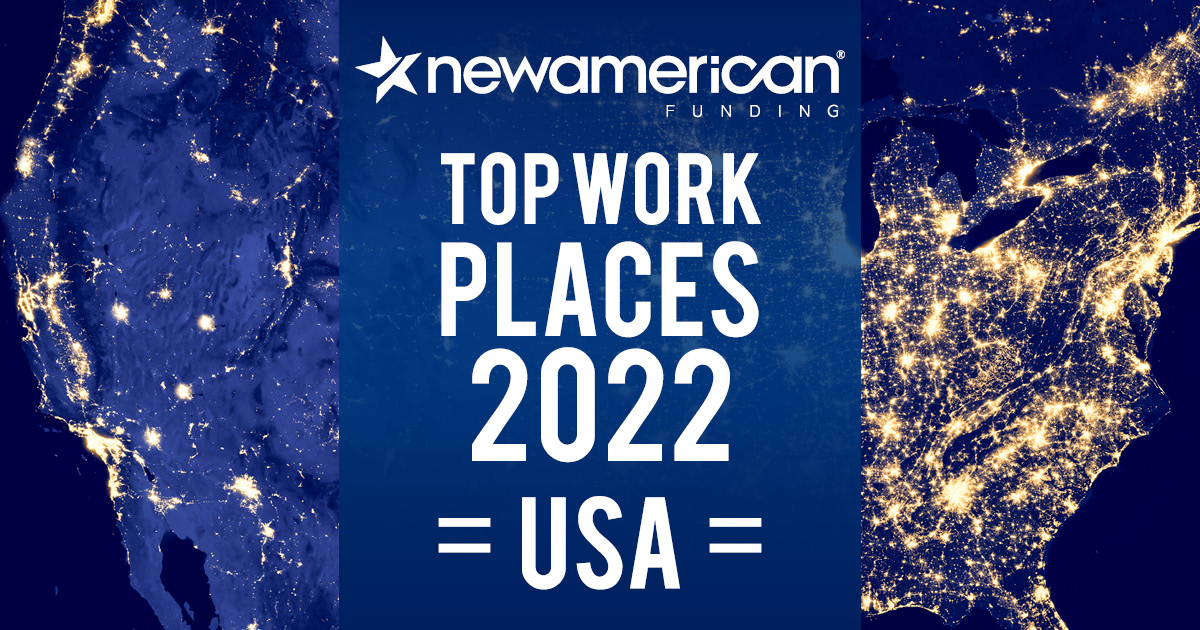 New American Funding prides itself on its award-winning company culture, which is why the nationwide mortgage lender is thrilled to announce that it is being honored as a 2022 Top Workplaces USA national winner.

What sets this award apart is that it is based entirely on anonymous surveys completed by the company's employees, meaning New American Funding's win is the direct result of how its employees feel about working at the company.

According to Energage, the organization invited nearly 42,000 companies to participate in Top Workplaces awards in the last year. On average, less than 3% of eligible organizations achieve a Top Workplaces designation, signifying how unique an achievement this is for New American Funding.

The company emphasizes its culture throughout each of its 167 nationwide locations. The company believes in nurturing a culture where differences are appreciated, and all are treated with respect. The company's culture, known as "NAF360," ensures that all employees feel valued and balanced in their work and their lives.

"We are deeply honored to be recognized as one of the nation's Top Workplaces," Co-Founder and CEO Rick Arvielo said. "The fact that it is based on feedback from our employees is the icing on the cake. Company culture has never been more important and we are proud that we've built a culture that people are proud to be a part of."