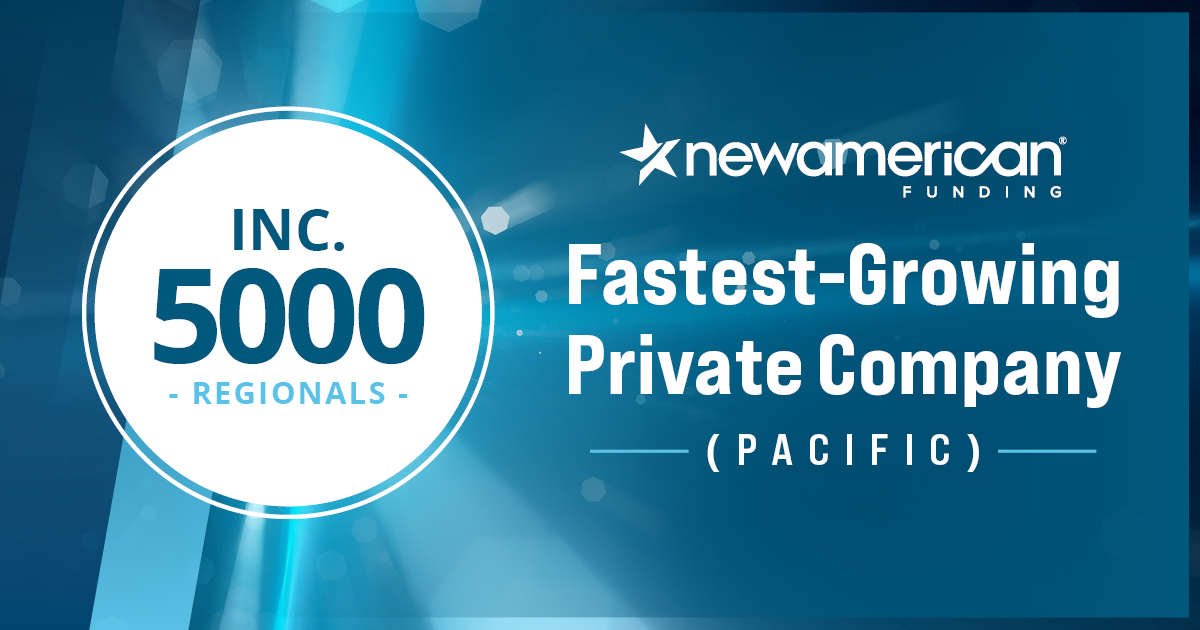 For the second time in the last several months and the eighth time in the last decade, New American Funding has been honored as one of the nation's fastest-growing companies by Inc. Magazine.

The top independent mortgage lender is pleased to announce that it was recognized as a member of the 2022 Inc. 5000 Regionals, ranking #77 out of 150 companies in the Pacific Region, which includes California, Oregon, Washington, Hawaii, and Alaska.

This marks the first time the company has been named to the Inc. 5000 Regionals.

The honor comes on the heels of the two best years in the history of New American Funding.

In 2020, New American Funding doubled its previous record lending volume, originating $30.5 billion in mortgages, and helped more than 104,000 individuals and families buy a home or refinance their mortgage.

The company followed those record-breaking numbers with an even better year. In 2021, New American originated $31.8 billion in mortgages, helping more than 105,000 individuals and families buy a home or refinance their mortgage.

"We are incredibly proud to receive this honor," Co-Founder and CEO Rick Arvielo said. "Our company has experienced phenomenal success in the last two years due to the tireless work of our amazing team, but we know that this is not the finish line. In fact, we're just getting started."