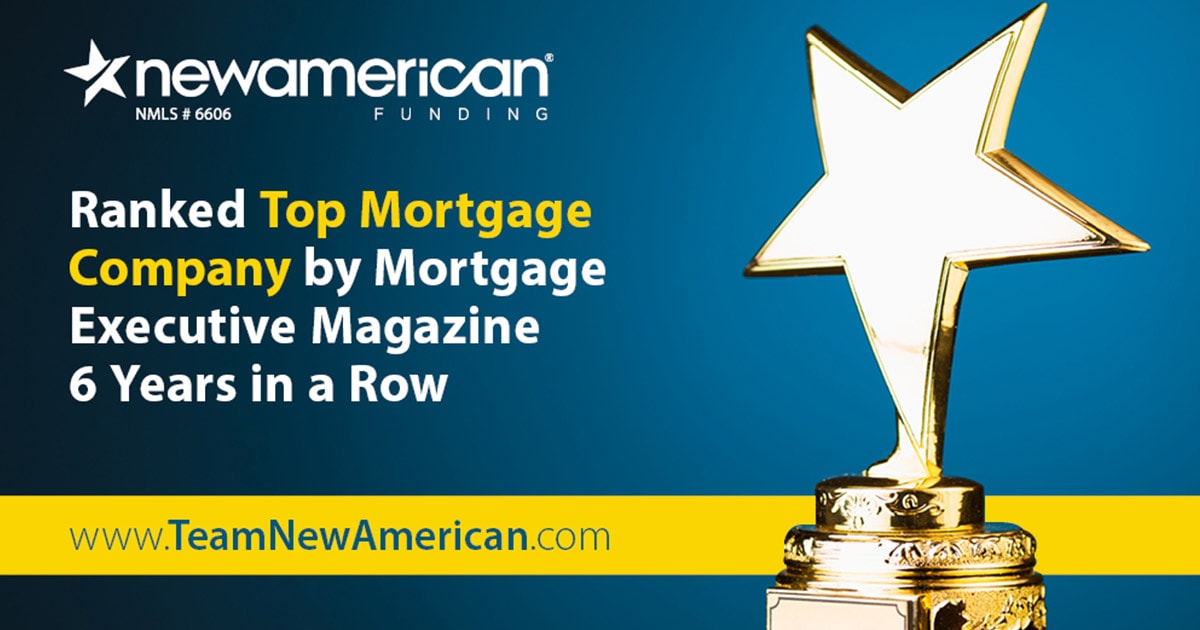 New American Funding today announces that Mortgage Executive Magazine ranked them one of the Top 100 Mortgage Companies in America 2015 at #11.  New American Funding has been on this list since 2011, when they ranked #28. Last year, the company was ranked at #14, and their current #11 position demonstrates the company's continued growth in the industry.

“New American Funding has moved up the ranks on this list every year since 2011. This not only demonstrates our tremendous growth, but the tenacity and strength of the company. The incredible drive of our loan officers and employees is what makes this possible, and I'm proud that Mortgage Executive Magazine recognized us again on this list,” said Rick Arvielo, CEO of New American Funding.

Mortgage Executive Magazine compiles this annual list based on mortgage companies' total dollar volume. New American Funding's 2015 total annual dollar volume was valued at over $9.6 billion, up from $5.5 billion in 2014. The company almost doubled their total loan units funded by growing from 18,880 loan units in 2014 to 33,000 in 2015, further increasing their market share. The company added 30 retail branches nationwide and increased their number of employees in 2015, bringing their number of branches to over 100 and employee count to just under 2,000.

The compilation of the list is part of Mortgage Executive Magazine's effort to recognize and celebrate the service, dedication, and hard work that mortgage originators, managers, and executives put into building their companies and serving their clients. The list can be viewed at here.