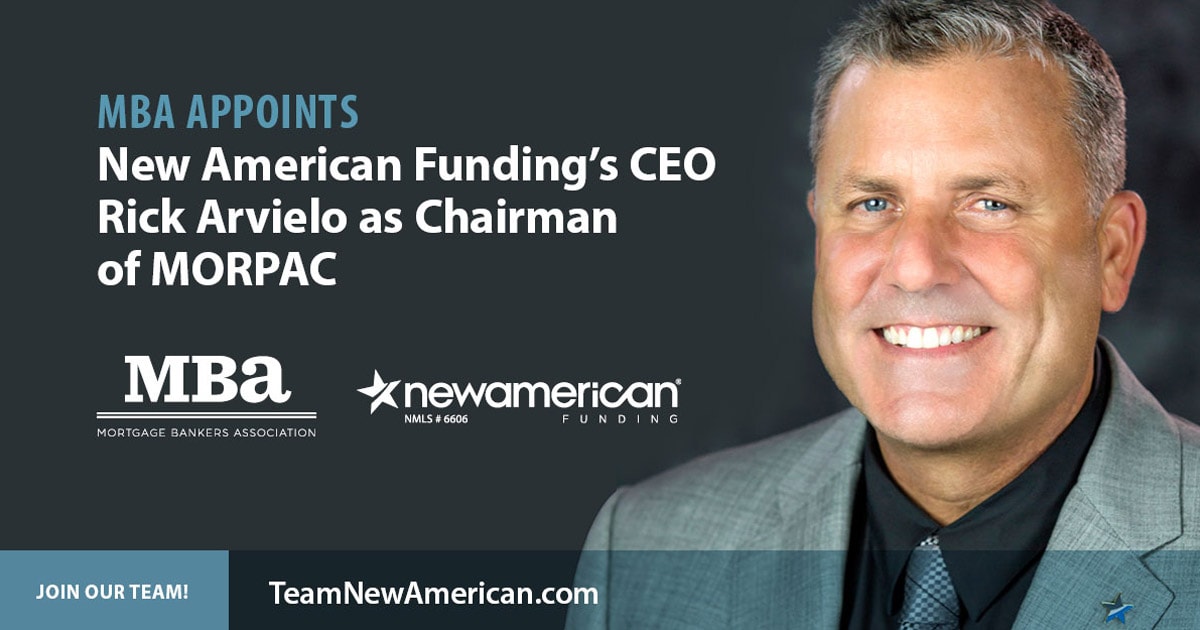 New American Funding announced today that its CEO and Co-Founder, Rick Arvielo, has been named Chairman of the Mortgage Bankers Association Political Action Committee (MORPAC) for the 2017-2018 election cycle. In this capacity, he will spearhead advocacy efforts within the nation's political system on behalf of the mortgage industry.

Mortgage Bankers Association (MBA) Chairman, Rodrigo Lopez said, "MBA is fortunate that Rick has agreed to serve as Chairman of MORPAC. His leadership skills, relationships within the industry, and work ethic will ensure that he will build upon the overwhelming success already established by his predecessors."

As Chairman, Arvielo's vision over the next two years is to work with Mortgage Action Alliance (MAA) Chairman Gene Lugat to increase awareness and participation in MAA. "It's a great privilege to serve as MORPAC's Chairman," said Arvielo. "The committee plays a vital role in our political process so I look forward to working toward unifying our industry by creating one voice. It's important that we are united so that the mortgage industry continues its forward progression to expand opportunities for sustainable home ownership to a broader universe of homeowners."

Arvielo orchestrates overall growth for New American Funding and in 2016 led his company into record-breaking profitability, increasing New American Funding's workforce to over 2300 employees and expanding its national retail locations to more than 130 branches. Due to Arvielo's progressive business approach, Ernst & Young recognized him as the 2016 EY Entrepreneur of The Year® for Orange County.

Over the past 5 years, Arvielo has maintained an active role within the MBA, serving on the Board of Directors and the Residential Board of Governors. His first MORPAC meeting as chairman is January 24th, in Palm Springs, CA.