HousingWire Honors Patty Arvielo as a 2017 Woman of Influence 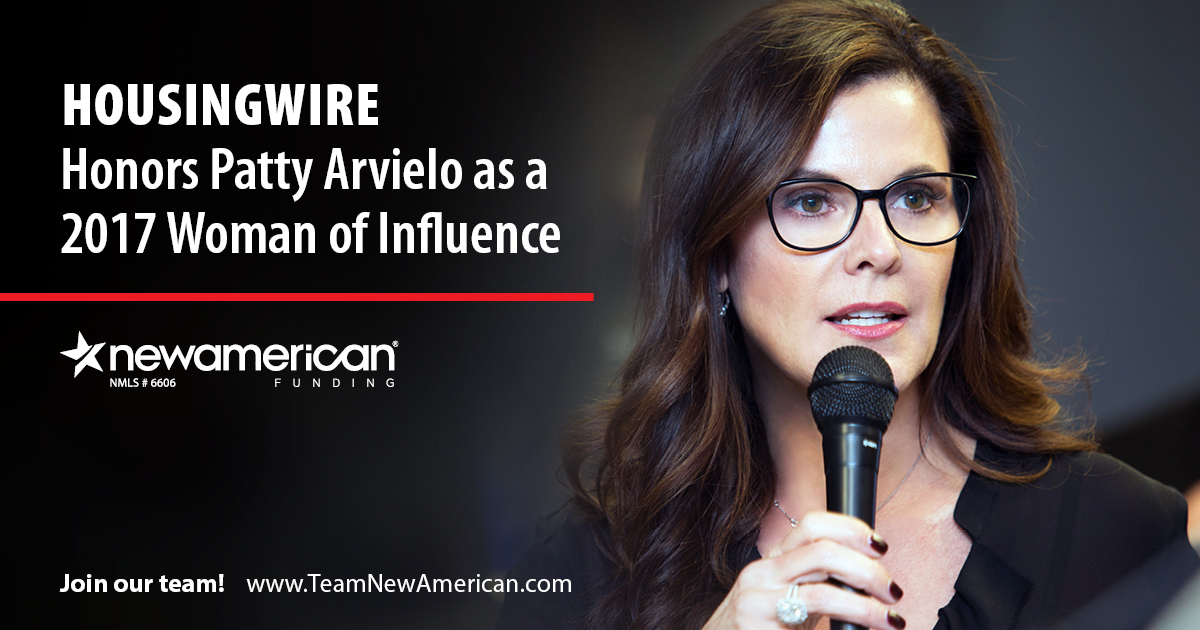 HousingWire, a leading source for mortgage news, has named Patty Arvielo, a Woman of Influence for 2017. Arvielo made the 7th annual list, which highlights the 50 most high-achieving women impacting the housing industry nationwide. The national publication announced Arvielo an award winner in the August issue of its magazine, which spotlights her in a feature-length profile.

To see this year's honorees, please visit: "Women of Influence 2017."

To make HousingWire's distinguished list, the editorial staff considered women who work full-time in the housing industry and selected winners based on their accomplishments over the past 12 months. Arvielo, along with the other women, were named awardees due to demonstrating leadership that inspires their companies, communities, and the industry at large.

"It's a tremendous honor to be recognized as one the most influential women in America's housing industry," said Arvielo. "Since the beginning my mission has been to impact people's lives and I'm passionate about continuing that work in a significant way."

Arvielo has been a long-time national housing advocate and was recently appointed by the Consumer Financial Protection Bureau to serve as an industry expert on its Consumer Advisory Board. She's also a member of committees for the Mortgage Bankers Association and the Corporate Board of Governors for the National Association of Hispanic Real Estate Professionals.

As Co-Founder and President of New American Funding, Arvielo manages operations and sales for the headquarters, nearly 130 branches, and 2400+ employees. She has expanded the company into one of the fastest-growing mortgage lenders in America. In 2016, Ernst & Young noticed her innovative business approach and named her EY Entrepreneur of the Year® for Orange County and earlier this year she was awarded a gold Stevie® for Woman of the Year.

Arvielo also made HousingWire's Women of Influence list in 2014.